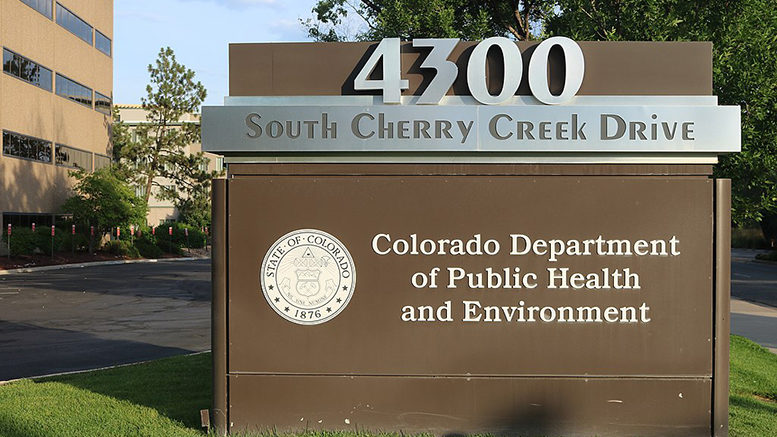 Colorado officials have moved to close a legal loophole and thereby banned sales of hemp-derived delta-8 THC. The state Marijuana Enforcement Division (MED) notified Colorado marijuana dispensaries of the decision in a letter sent out Friday.

MED raised safety concerns over the delta-8 compound, a form of THC distinguished from the more common delta-9 THC prevalent in marijuana plants. Delta-8 is produced by extracting CBD from industrial hemp and then using acetic acid to turn it into THC.

Producers have argued that the product is legal under hemp provisions in the 2018 Farm Bill, which legalized hemp extracts and other hemp products among other fundamental changes that opened up the U.S. hemp market.

But in issuing the ban, the MED, a part of the Colorado Department of Public Health & Environment, said “chemically modifying or converting any naturally occurring cannabinoids from industrial hemp is non-compliant with the statutory definition of ‘industrial hemp product’” in state laws.

“Insufficient evidence exists to determine whether or not any toxic or otherwise harmful substances are produced during these reactions and may remain in the regulated industrial hemp products ingested or applied/used by consumers,” the health agency wrote in the letter. “Therefore, these tetrahydrocannabinol isomers are not allowed in food, dietary supplements or cosmetics.”

Hemp processors over the past two years started turning out delta-8 THC from hemp for such products as vape liquids, edibles, and high-CBD hemp buds laced with the compound. Many legal marijuana dispensaries have stocked the products, which discriminating marijuana users say offers an alternative high. But delta-8 products have also shown up in convenience stores and independent smoke shops, which are not regulated by the MED.

Licensed marijuana vendors in Colorado can sell products with CBD and other natural cannabinoids if they are extracted directly from hemp plants, so-called natural extracts. That’s not the case if those products are synthetic or were produced through a chemical process, the MED has now declared.

Delta-8 is not explicitly outlawed by the U.S. Controlled Substances Act, but the federal Drug Enforcement Administration (DEA) has said delta-8 THC from industrial hemp is a controlled substance because it is not a natural extract.

While a group of stakeholders led by the Hemp Industries Association have challenged the federal government’s stance, analysts have repeatedly warned that delta-8 would likely come under tighter regulation by the DEA. Other hemp organizations have gone so far as to criticize producers who have put delta-8 products on the market.

Does delta-8 have potential in pharma?

While delta-8 THC may be restricted, it could still find a market in cannabis-based pharmaceuticals.

“It activates CB1 and other receptors and has therapeutic effects for sure,” said leading Israeli cannabis researcher Dedi Meiri of Technion, the Israeli Institute of Technology.

Meiri said researchers in his lab have been studying delta-8 THC intensely for the past three months. He described it as “a very potent cannabinoid” that has psychoactive effects that are different from delta-9 THC.

“The question is how much different from delta-9 it will be,” Meiri said.