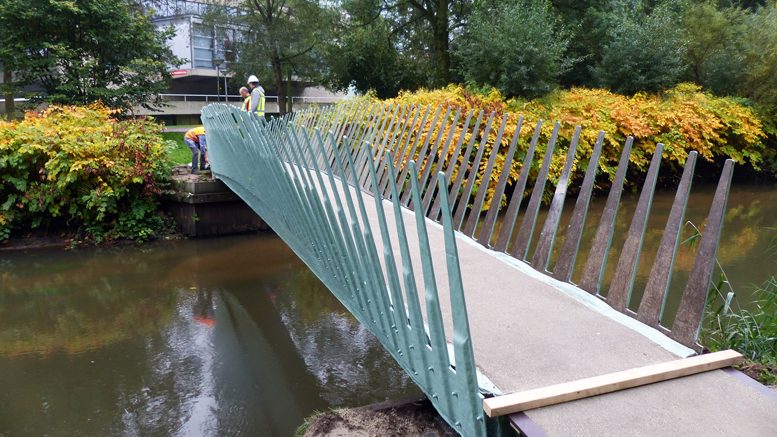 A pedestrian ‘biobridge” based on material containing hemp and flax fibers is among 13 projects nominated for an innovation award in this year’s Biocomposite of the Year competition.

The awards will be handed out during “Biocomposites Conference Cologne” (BCC) Dec. 6-7 in Cologne, Germany.

A team from Eindhoven University of Technology (TU/e) (Holland) led a group of university and trade school students in completion of the project.

After a successful load test, the 14-meter bridge was installed by the company NPSP bv. Flax and hemp fibers provide the strength for the bridge, combined with a bio-based epoxy resin. Polylactic acid (PLA) bio-foam provides the core. The production method was vacuum-infusion: layers of natural fibers were glued around a laser-cut shape of bio-foam.

Other schools participating were TU Delft and the Eindhoven region’s vocational colleges. Composite company NPSP and the Center of Expertise Biobased Economy, a collaboration between Avans Hogeschool and HZ University of Applied Sciences, also participated. The project was co-funded by Stichting Innovatie Alliantie (SIA).