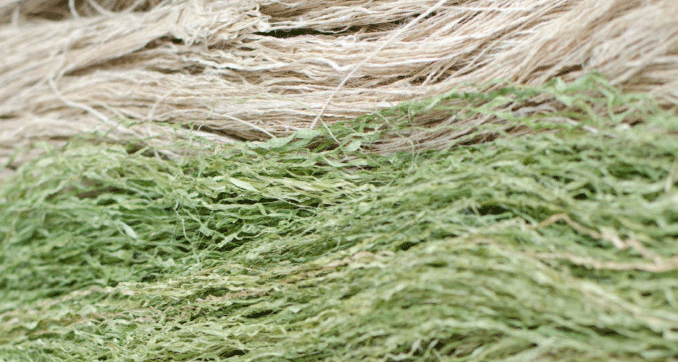 Canadian natural fiber specialist Bast Fibre Technologies Inc. (BFTi) said it will use some of the $7 million it recently raised to develop a European manufacturing site as it focuses on ramping up production of fibers for non-woven products.

U.S. based private equity firm Merida Capital Holdings, New York, and existing investors provided the series A financing, which the company said will allow it to advance business beyond the R&D phase to full commercialization of its intellectual property in natural fiber processing.

“With this financing under our belt we can complete the final build out of our EU manufacturing site, continue the investment in our feedstock supply chain and enter full-scale commercialization,” said CEO Noel Hall.

“Since our last financing 12 months ago, we now have a large number of customers using our natural bast fibers on commercial production lines, so it is critical that we invest in manufacturing capacity to feed the strong market demand,” Hall said.

Victoria, BC-based BFTi has said it is developing a manufacturing process at a facility in Hungary, with the goal of producing compostable disinfecting wipes from European-sourced fiber. Hall said the company eventually intends to source bast plant material in Canada and the U.S. to produce wipes at facilities in North America.

The fit for bast fibers

Bast fibers (in hemp, often referred to as “technical” fibers) grow on the outside of the stalks of the bast group of plants. The fibers carry nutrients and support plant structure while the plant is growing, but also are naturally absorbent yet strong when wet, a desired characteristic in non-woven products such as cleaning wipes, diapers, makeup removal pads and hospital gowns and masks – an estimated $50-billion global industry.

Most present day non-woven products are either synthetic or semi-synthetic and therefore major contributors to landfills and micro-plastic contamination. By contrast, bast-fiber-based non-wovens are plastic-free, compostable, and sourced from renewable crops which provide net reductions in greenhouse-gas emissions.

“In the single-use segment alone, there are nearly six million tons of plastic fiber used every year and we will play a key role in reducing the nonwoven industry’s traditional reliance on synthetic material,” BFT President Jim Posa said.

Changing legislation regarding plastic waste continues to disrupt the nonwoven industry with many global brands pledging to eliminate plastic from their products by 2030, BFTi noted in a press release. “The ongoing debate about whether or not to classify man-made cellulosic fibres as plastic has also driven significant interest in bast fibers,” the company said.

BFTi has said it can target sales of finished non-woven goods to giant global consumer goods makers such as Procter & Gamble and Johnson & Johnson, as well as major North American consumer outlets such as Walmart and Costco.