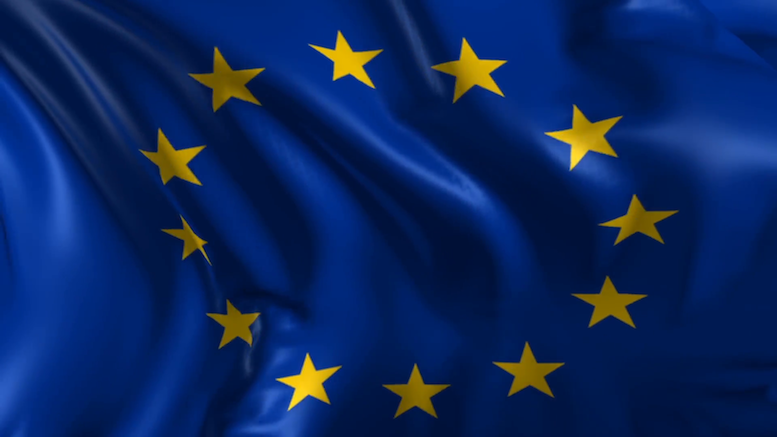 European hemp stakeholders came away upbeat from a meeting with European Commission officials yesterday as they seek to reverse recent food rule changes that could upend the hemp food business across the continent.

“We launched a good dialogue for sound negotiations with the Commission and Member States today,” Lorenza Romanese, Managing Director of the European Industrial Hemp Association (EIHA) told HempToday after the meeting with a working group of the EC’s Standing Committee on Plants, Animals, Food and Feed (PAFF). “We have something to work on together.”

Language in rules affecting CBD, updated Jan. 20 in the EC’s Novel Food Catalogue, could put a crushing burden on European hemp food producers because novel foods undergo a more strict and costly compliance regime than other foods. The situation threatens to disrupt the entire – and fast-growing – hemp food business throughout EU Member State markets, Romanese warned the committee at the outset of an EIHA presentation on the situation.

The changes also would handicap EU enterprises on the global stage at the very moment when leading hemp nations such as Canada, the United States, China and non-EU member Switzerland are rapidly advancing, Romanese told the PAFF session.

Calling for a reconsideration of the Catalogue update, EIHA warned the newly written rules will:

The EU defines novel food as food that was not consumed to a considerable degree by citizens of the EU prior to 1997, when the first regulation on novel food came into force. Novel food can be newly developed, innovative food, food produced using new technologies and production processes, and food traditionally eaten outside the EU. The regulation requires such foods be safe and be properly labeled so as not to mislead consumers, among other requirements. The upshot for food producers is a more burdensome marketplace as novel foods undergo stringent and costly authorization requirements.

Hemp flower products such as hempseed and hempseed oil (extract) are authorized novel foods under EU rules, exempt from registration due to demonstrated consumption in Member States prior to May 1997.

But the recent language changes to the Novel Food Catalogue state that “extracts of Cannabis sativa L. and derived products containing cannabinoids, including Cannabidiol (CBD), are considered novel foods as a history of consumption has not been demonstrated.”

During the March 12 session, however, EIHA rebutted that argument, for starters citing a Nova Institute survey (1997) ordered by the EU Commission in which 23 companies from across Europe reported a total of more than 255 tons of hemp-based foods as having been produced before 1997. Those products obviously contained CBD, the EIHA contends.

“They were impressed by the evidence we brought to them. It’s clear they understand that the Member States will have to reconsider this matter,” said Kruse, a 25-year hemp industry veteran and CEO at Hempro Int. GmbH & Co. KG, and HempConsult GmbH, both of Dusseldorf.

Hemp soup for the Pope

EIHA presented specific examples from historical sources in Germany, Italy, Poland, Slovakia and Sweden showing that CBD-laden hemp has been consumed on the continent for centuries – even citing a recipe for a hemp dish from the Vatican chef during the Papacy of Pope Martin V in the early 15th century.

The crowdsourcing of that information proved galvanizing for the Association members and other stakeholders who contributed, EIHA’s Romanese said.

“It was a great response from the EIHA members who helped collect all the evidence in the last weeks.” she said. “During the EIHA General Meeting last week, we agreed with members to keep collecting evidence to broaden our knowledge, and strengthen our position that hemp – always containing CBD – has been eaten in Europe throughout history,” Romanese said. “There’s nothing ‘novel’ about it.”

Romanese said EIHA will push the pace of decision making by following up with the Commission in the next weeks.

Reasonable rules can avoid a ‘shitstorm’

My name is Daniel Kruse, a board member of the EIHA and a veteran of the hemp business for 26 years.

Due to this hemp business, hard work and good investments I am financially secure and could retire tomorrow. I am telling you this to make it very clear that my personal case is not about more profit. In fact my case is about legality of industrial hemp products, consumers health and a free European market.

Obviously, hemp flower as a vegetable has been farmed, used, processed and consumed for thousands of years. It is one of the oldest crops of mankind.

Obviously, due to 70 years of discrimination and prohibition of all kind of cannabis products including industrial hemp, product developments in the recent years sound new to you – but they are for sure not. Meanwhile just one single part of the worldwide hemp industry, the modern market of hemp extracts and CBD products in North-America, is worth billions of dollars. Since 2011 the North American CBD market has proven it is possible to yield safe and healthy food and food supplements.

Obviously, there have been so called “cowboys” in the very beginning of the market, riding for the fast profit. But meanwhile the market regulated itself.

Three years ago the “CBD boom” crossed over to Europe.

EIHA wants to work with the commission and the member states to have a safe and regulated but successful hemp market in Europe. EIHA wants to ensure the safety of the consumer and at the same time establish a professional European hemp industry. We are not only talking about billions of Euros turnover, we are talking about additional income for farmers and new jobs for the working class. But additionally, we also talk about the political idea of a free European market.

I do consider myself a European first, and then a German. I show this by wearing a blue tie every time I come to Brussels – as Mr. Verstraete will confirm.

As a European I urge you to stop the discrimination of industrial hemp and create sound scientific, legally correct and liberal regulations.

The demand for hemp products, hemp extracts and CBD oils is real.The information and knowledge regarding their health benefits is public.

Due to the internet and globalization, the success story of the American hemp industry is known to the European people.

Please take this not only as a forecast but also as a fact: that if we do not find together a sound scientific, reasonable and realistic regulation for our market, the European hemp industry and the European people will find a way to make them hear: By press and media and “shitstorms” louder and more stormy than you have ever heard.

And does Europe really need more unsatisfied people looking at Brussels? I believe we already have enough “exits” and right wing propaganda against the European idea.

Our hemp industry, similar to the natural food and food supplements industry, makes profit by keeping customers healthy. Surely there is an industry out there that makes profits by having sick customers. Hoping that this other industry is not having direct influence on the current discussed regulations, it might create doubts and uncertainty regarding the benefits of our natural products. There might be a conflict of interest.

It is up to you and us to find the legal and correct way to handle hemp products comparable to other food and food supplement products with a similar history to hemp – like valerian, garlic and hops.

I’m sure you will agree that this is in the best interest of Europe!