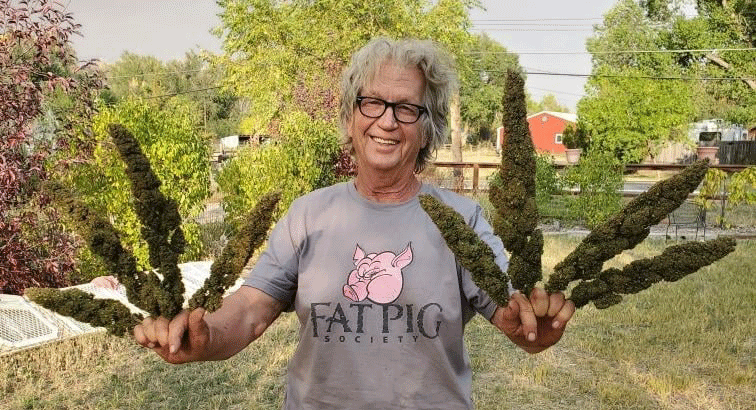 A hemp cooperative in the U.S. state of Colorado has focused on boosting the fortunes of the state’s small organic farmers, offering a range of support if they meet the initiative’s criteria. A key goal is to cut out the middlemen who’ve insinuated themselves into every level of the hemp value chain, said Bill Althouse, one in a group of Colorado-based hemp veterans who are donating their time and expertise to the initiative.

“There aren’t any real farmers in hemp. The whole industry has been investor-driven by corporations,” said Althouse. “Only a farmer can protect a farmer from getting exploited.

“Through a cooperative model, farmers can secure a reasonable level of income and benefit for themselves by being the owners of the entire supply chain,” said Althouse.

Along the way, the worker co-op, Ft. Collins-based Fat Pig Society (FPS), is advocating the use of cloned plant cuttings instead of seeds as the path to stability in meeting THC limits, a constant headache for hemp farmers. That’s key to reducing the risk factor for the small farmers FPS wants to help, according to Althouse.

FPS is developing a lean, vertically integrated “farm-to-table” supply chain that will be turned over to a farmer owned hemp producers cooperative when it is formed under guidelines of the U.S. Department of Agriculture (USDA).

FPS includes Althouse, one of the very first U.S. CBD producers; Ignia Boccalandro, a sustainability expert who has a track record in organic hemp cooperatives; and Yamie Lucero, a farmer versed in biodynamic growing who serves as a farm foreman and supports Fat Pig Society’s extraction and sales efforts

In addition to the Fat Pig Society, the genomics project team includes Terry Moran, Moran Hemp Seeds and Ag Consulting, who developed the Colorado seed certification program while working at the state’s Department of Agriculture; the Agricultural Genomics Foundation, a non-profit group that studies emerging crops for their promise as medicines; and Barbara Campbell an intellectural property attorney specializing in horticulture.

The initiative starts, of course, with what the farmers put in the ground. That’s why FPS is constantly working to develop hemp varieties for cloned plant “starts”– or cuttings – that will consistently remain below the U.S. THC limit of 0.3%, and getting those cultivars approved under international criteria of the Association of Official Seed Certifying Agencies (AOSCA).

Seed cultivars under AOSCA standards must be unique, stable and result in uniform crops; development to meet those criteria in cultivation seeds takes an average three years. Althouse said cloned plant cuttings, analyzed by their chemical composition (known as “chemovars” or “chemotypes”) – rather than their adherence to cultivar standards – is a better way to arrive at hemp varieties that consistently fall under the 0.3% THC barrier.

Fat Pig Society’s production chain involves flash freezing of the hemp green matter to circumvent often-troublesome drying and storage, innovative ethanol-based extraction methods and a network of “change agents” who sell FPS CBD products by word of mouth. A limited number of food cooperatives also sell the co-op’s CBD. Anyone who wants to support the mission and see their money go directly to farmers, instead of investors, can also buy directly from the FPS website, Althouse said.

In the ideal scenario, Fat Pig Society aims to demonstrate to farmers that they can add $100,000 in income each year by planting 2 acres of hemp, a goal set based on state research which shows that amount of additional income can help small organic farms remain viable, according to Althouse.

“Last year we saved one dairy farm from bankruptcy,” Althouse said. “They made $50,000 off one acre of hemp.”

To participate in the co-op, farmers need to have official USDA Natural Organic Program certification, engage in regenerative rotation of their crops, and be turning out produce that feeds their local communities. Also under co-op guidelines, hemp can be only one of the crops in a farmer’s rotation,.

Fat Pig Society enjoyed a major advancement in October when one of the varieties it has developed, Unicorn 1, was added to the list of cultivars approved by the Colorado Department of Agriculture.

“If you’re a Colorado Certified Organic Farmer practicing regenerative rotations and feeding your community, our clone, Unicorn, is available for free for full field trials in 2021,” Althouse said.