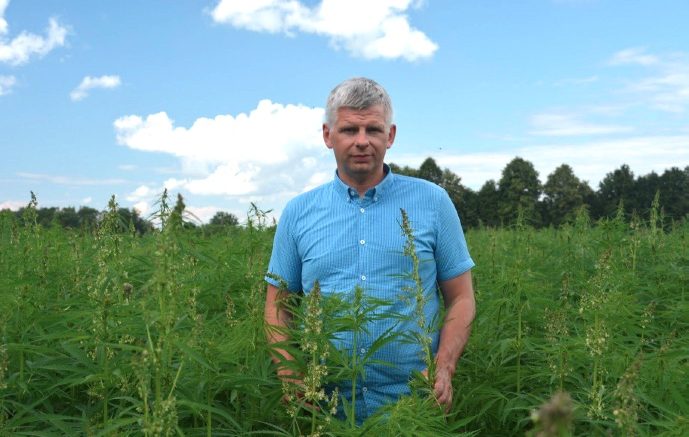 Estonian agro traders ATC moved into hemp farming this year with big plans to turn out straw, food, building materials, seed and oils, said Asso Mägi, the firm’s owner. ATC has 100 hectares under hemp in its first year of planting the crop.

The company plans to tap into the growing global demand for hemp by adding to the mix of other grains it trades on the domestic and export market. Estimates are that Estonian farmers planted 2,300-2,500 ha in hemp during spring 2016, more than tripling the 700 ha planted in 2014. That means the country’s hemp farming industry is already punching well above its weight in Europe. But this is despite what Mägi describes as a general lack of recognition of the plant.

“Most people in Estonia don’t know anything about hemp. They don’t know what we can make from hemp seed and from fiber,” Mägi said, noting medical hemp is technically legal in Estonia but generally goes unprescribed because “hemp is a very sensitive issue in Estonia” where laws governing high-THC marijuana are strictly enforced.

Hemp does have a history in Estonia where it’s mostly grown in the south along with flax. “We even have a village called Kanepi (Estonian for hemp) in the southeast part of the country,” Mägi noted.

While farming grows, hemp processing is just getting started in Estonia, with a maximum of 20 tons being churned out domestically by small family businesses that make primarily food oil. Most seed grown in the country is for export, Mägi said.

Mägi’s plans include growing hemp to be processed for food oil while using the the leftover green matter to make hempseed cake for dairy cows, in which hemp has proven to improve both milk quality and output. His firm will also look to develop hemp straw as  animal feed.

But as a bulk trader, he said hemp is also for the broader grain and feed markets, especially considering relatively low grain prices. He said Estonian farms are well equipped with harvesting machines that can clear the crop from the field.

Already recognizing Estonia’s potential, Lithuanian firm Agropro is growing hemp on 900 ha in the country which they will process in their own factory in Lithuania.