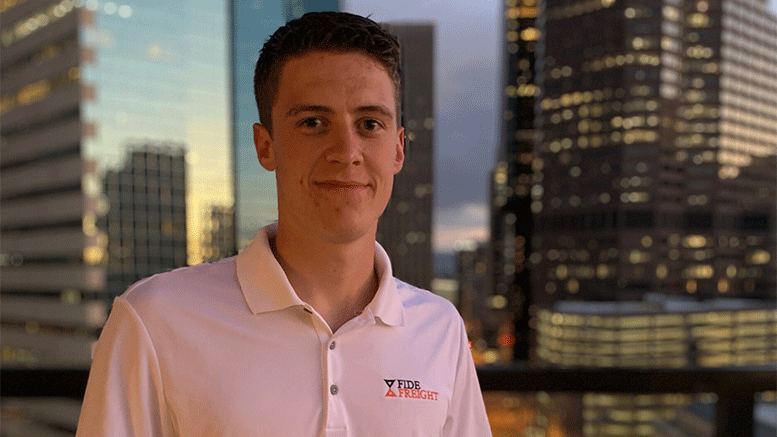 As ancillary services needed in the hemp industry grow along with farming and production, two cousins in the U.S. state of Michigan have carved out a niche in transporting the raw materials needed to keep the sector moving.

Fide Freight, based in Grand Rapids, Michigan, started two years ago by cousins Zach and Jon Wilcox, started hauling hemp about 10 months ago, and have found success by paying close attention to compliance and mapping transport routes that avoid areas where problems have been reported in the past.

Well-prepared documentation and drivers who understand the basics of hemp are keys to smooth operations, said Zach Wilcox.

“Our legal team has created documents we have our shippers, receivers and carriers fill out that will protect all of us in different ways,” he said. Along with Certificates of Authorization (COAs) for the material itself, Fide Freight collects agricultural, processing and distributor licenses along with whatever hemp licenses shipping and receiving parties may operate under. Extra documents, including letters of acknowledgement that lay out the consequences of shipping adulterated cannabis loads, are also required of Fide Freight’s customers.

Once the document collection is complete, Fide Freight then creates bills of lading that describe the shipments in detail.

“Our legal team goes state by state to stay up to date with the states’ individual approved plans so we can stay compliant,” Wilcox said. “Some states recommend that we carry additional paperwork and permits, so we stay compliant with those actions.”

Throughout the process, Fide Freight takes care to closely follow all regulations in the U.S. Farm Bill of 2018 that are relevant to shipping hemp, according to Wilcox.

“I’ve heard of people driving hemp around with just a COA but our process is a little more complex and requires documents that show more legitimacy in the product,” he said.

While some contractors refused to pick up hemp loads in the beginning, fearing prosecution for marijuana trafficking, over time Fide Freight has developed relationships with about 120 drivers who are not afraid to haul hemp – and pays them a premium to do so.

While his drivers have sometimes been the victims of checkpoint stops, their compliance-focused approach has helped the company avoid major problems on the road, and Fide Freight has never had a load of hemp seized.

“A lot of times they will bring in the sheriff and call the shipper or receiver as well as ourselves for verification,” Wilcox said. “We have a 24-hour staff so when these problems come up we can take care of them. We’ve had instances of drivers getting pulled over for several hours while they verify the documents, but when everything checks out our driver always gets on his way.”

While hemp growers in Oregon are among the most frequent shippers taking advantage of Fide Freight’s services, according to Wilcox, routes originating in southern California, Texas, some parts of Tennessee and Florida are all growing, with most shipments delivered in the east. “We also have large amounts of biomass coming out of North Carolina going to processors in Colorado,” Wilcox noted.