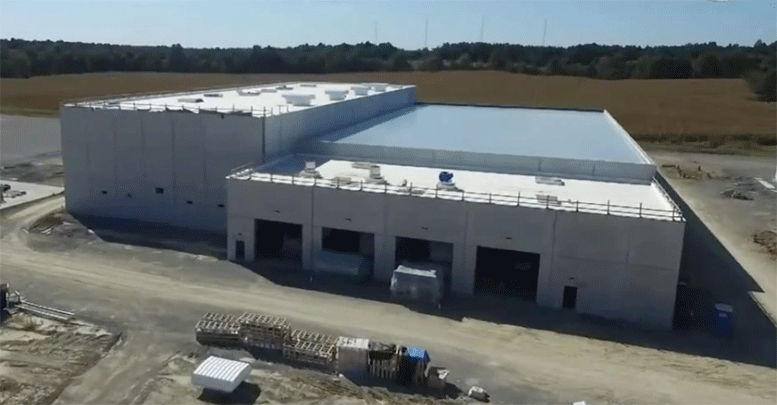 The GenCanna production site is going up in Mayfield, Kentucky, USA

A group of building contractors say American hemp giant GenCanna Global, based in Kentucky, owes them $13 million for work performed at the company’s planned processing facility at Mayfield, in the western part of the state. The contractors last week filed 19 liens in the local county clerk’s office.

The liens were filed against property owned by the Industrial Authority of Mayfield-Graves County which is under lease to GenCanna, one of the USA’s biggest and most prominent hemp producers.

“We’ve come into some difficulties with our lender,” GenCanna President Steve Bevan told local TV station WPSD over the weekend. “That’s confidential information and I’m not really prepared for any details.”

Bevan said he expects the contractors will be paid before the liens reach Kentucky courts. “We’ve had very good communication with the contractors and the general contractor on the job and we’re all excited about a quick resolution here,” Bevan said.

The estimated $40 million hemp processing plant in Mayfield is one of two GenCanna plans to develop. The company already operates a hemp processing facility in Winchester, Kentucky. The Mayfield factory is planned for storing, drying and extracting CBD, and the company earlier said it would employ more than 80 people. Delays now mean the facility will not be open until next year’s harvest season, GenCanna said.

Bevan said late last year that GenCanna would increase hemp production tenfold this year to about 10,000 acres – all flower varieties for CBD production. But a local newspaper, The Mayfield Messenger, reported in late August that GenCanna currently has 7,000 acres in production, worth an estimated $100 million.

Problems at the Mayfield construction site first surfaced in late August when GenCanna admitted that a number of contractors working on the facility were owed money. GenCanna declined to answer any questions at the time and contractors said nondisclosure agreements prevented them from explaining their side of the situation.

Despite the problems with the Mayfield facility, Bevan says the company’s finances are strong, and that contracted farmers can expect to get paid. “Every farmer that GenCanna has ever contracted with has been paid according to their contract,” Bevan said, adding that crops intended to be processed at the Mayfield facility are being collected and taken to the company’s processing facility in Winchester.

GenCanna is also developing a facility at Paducah, Kentucky. Plans call for getting the Mayfield facility up and running first.

Bevan last year said GenCanna had received “several million dollars” in state and local tax incentives to build the Mayfield factory. At the time, the new facility’s announcement was praised by Kentucky Agriculture Commissioner Ryan Quarles as a sign of Kentucky’s development as a hemp producer.

Privately held GenCanna’s financial records are not publicly available. But in a June filing with the U.S. Securities and Exchange Commission, publicly traded company MariMed says it is owed more than $25 million from GenCanna that must be paid this December as the result of a deal in which MariMed took a one-third interest in GenCanna. Massachusetts-based MariMed is traded as a penny stock in the United States.

GenCanna earlier this year announced it had invested in a partnership with Atalo Holdings Inc., also of Kentucky, to align the two companies’ cultivation operations, touting the combination as the largest vertically integrated hemp-derived CBD production, processing and distribution alliance in Kentucky.

Atalo has interests in technology, crop science, agronomics, and harvesting and processing techniques. The partners operate a 147-acre Hemp Research Campus in Winchester, home to both operations.