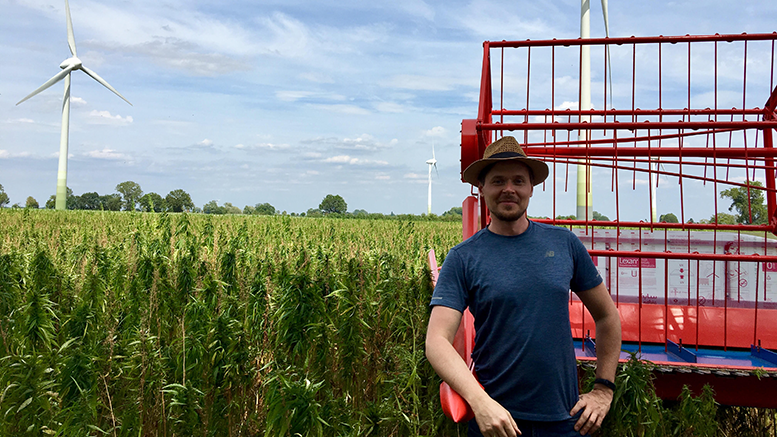 Polish hemp fields expanded to 1,500 hectares (3,700 acres) this year, with some farmers cashing in on total subsidies of €480 per hectare available if they farm organically.

Some forward-looking Polish hemp agro concerns see the organic niche as something of a hedge in times when overall supply is quickly outstripping demand.

“There is considerable land suitable for organic cultivation in Poland,” said Patryk Czech, founder at Afori sp. z o.o., a hemp agricultural firm based in the Silesian city of Katowice. Afori this year put in hemp on 300 ha, of which 100 are organic-certified lands, Czech said. His firm has its own land and has put together a consortium of farmers from whom it contracts additional fields.

About 670,000 hectares (1,655,500 acres) of farmland in Poland was recorded as being organic by Poland’s Agriculture Development and Modernization Agency (ARiMR) in 2013. But Czech says only 500,000 ha of organic fields were planted in 2019, leaving 170,000 hectares available for industrial hemp.

“The market is saturated and farmers lose interest in producing organic crops, but not the capability to grow organically,” Czech said.

The incentives to grow hemp are in place for Polish farmers, with a basic agricultural subsidy of €240 per hectare, a €55 bonus for hemp and an extra €185 for farming organically.

Czech said he expects yields of about 1,000 kilos of dried flowers and seeds per hectare, with CBD content ranging between 1.5-5%. Some farmers are consistently reaching 4% CBD content as they learn how to properly grow the crop, Czech said.

Czech is among an ambitious, creative cadre of young entrepreneurs who are fueling a small but fast-moving hemp revival in Poland, producing and marketing everything from CBD to building materials, health & beauty products to food and drinks. That’s creating increasing demand for locally-grown hemp, and therefore the steady expansion of Polish hemp fields.

While 97% of Polish farmland is now in private hands, the average farm is a mere 8 hectares (20 acres) while the majority are as small as 1.0 ha (2.5 acres), held by farmers who work their micro plots on a “from my field to my table” basis – with very little outside commercial activity, leading to stagnating local economies.

Growing hemp, particularly for CBD and other cannabinoids, could lift the economic fortunes of those rural towns and villages, Polish hemp advocates have said.