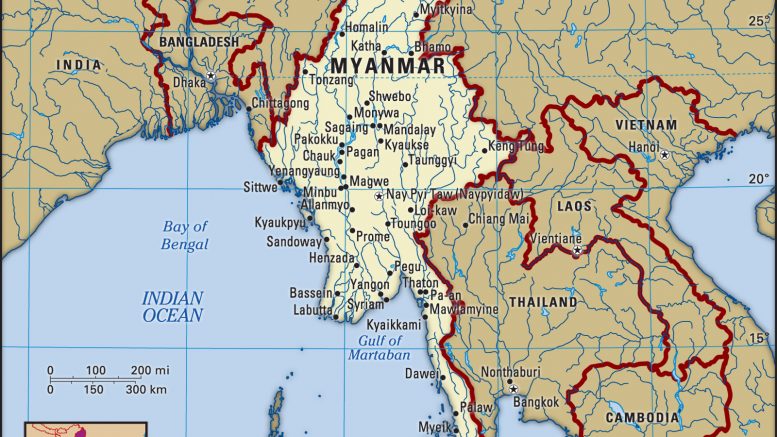 A plan to legalize hemp production is in the works in Myanmar’s House of Representatives, with a draft law expected to come up in the current parliamentary session. A House rural development committee is coordinating with agriculture officials to set up trials for a variety of commercial products if the plan becomes law.

“If the government’s agricultural departments will grow it, and it’s followed by the farmers and companies, we can adopt it for research, but not yet for sale. Then we can try to find out which area is right for it,” committee chairman Yan Lin recently told the Myanmar Farmers’ Journal.

With agriculture serving as the backbone of the nation’s economy, and potentially long growing seasons, Myanmar looks like the perfect place to grow hemp. Native cannabis species – found mainly in the states of Kachin and Shan in eastern Myanmar, and Chin in west central part of the country – could play a role in the industrial hemp sector.

The Myanmar Hemp Association has said hemp can be grown three times a year in the uplands and inland regions of the country, and in the country’s delta regions during the rainy season. Meanwhile, a major government objective is to continue development of agriculture as the foundation of Myanmar’s economy.

But there are significant challenges. Primarily those which meet at the intersection of strict cannabis laws and licensing initiatives. Myanmar already has a severe corruption problem, ranking 130th out of 180 countries evaluated for rule of law in business by Transparency International. Studies by the U.N. and other international groups have consistently warned that corruption is the greatest hindrance to business in Myanmar.

U.S. businessman John Todoroki learned about business in Myanmar the hard way. After getting the first license to farm hemp in the country, his operation in an industrial park in the Mandalay Region was later shut down for growing cannabis under a 1993 law that does not distinguish between marijuana and hemp. Todoroki was arrested and spent a harrowing four months in the Malaysian penal system until the court granted him medical bail, and he fled across the border into Thailand.

Todoroki’s company, III M Global Nutraceuticals, was the first hemp business to receive an operating license to grow hemp, and had set up operations in central Myanmar. But the firm got caught in a jurisdictional dispute between the local Mandalay government and the Ministry of Home Affairs, which oversees the police and retains the right to raid any farm suspected of drug activity without consent of the local government.