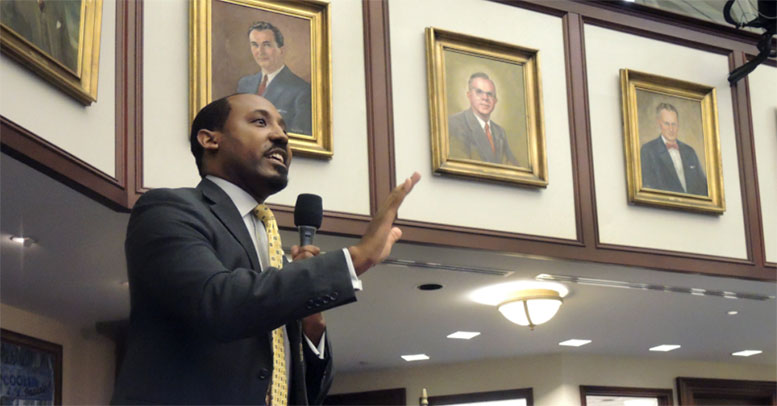 The U.S. state of Florida could be a “market maker” in the hemp textile sector and boost the fortunes of high poverty areas in the state’s rural communities, according to advocates who are pushing an economic development initiative for the region.

“There is nearly nobody looking into the fiber manufacturing opportunity,” Jeff Sharkey, a partner with Sunshine Hemp Inc. which is working on research and development projects with Florida A&M University’s hemp research program, told the Tallahassee Democrat.

Sharkey wants state lawmakers to consider offering economic incentives to build a hemp fiber production facility for use in creating hemp-and-cotton and hemp-and-silk blends for fashions.

State Rep. Ramon Alexander has said he will push just such a hemp initiative during the legislature’s 2021 session, envisioning the development of a factory that could turn stalks of hemp into fibers for textiles, hurd and other raw materials.

A Democrat who serves on the state legislature’s House Environment, Agriculture and Flooding Committee, Alexander said the U.S. Farm Bill of 2018 brought “game changer” opportunities in hemp to Florida farmers and producers, but the region needs state investment to get the industry going.

Alexander’s initiative aims to connect farmers with federal government resources available through Florida A&M (FAMU) and Florida State universities, and to channel those resources back into the region, he said.

“No one is growing hemp for fiber because there is nowhere to process it. Nobody is building a processing facility because no one is growing it (for fiber),” said Sharkey, who is also CEO and President of Capitol Alliance Group, a Tallahassee consultancy that lobbies at the state level in Florida and whose commercial clients include well-known Indian-American fashion designer Naeem Khan.

The Florida state hemp program is in the process of transitioning out of a pilot phase under the 2014 U.S. Farm Bill and moving into a more permanent research program under the 2018 Farm Bill that legalized hemp federally. FAMU is working on breeding hemp varieties acclimated to Florida, and trying equatorial cultivars from Costa Rica and Jamaica, among other research.

Florida’s Hemp Advisory committee recorded 611 licenses covering 2,100 acres in 2020. Roughly 20 farmers received research permits and are participating in trials supported by university research programs, which continue to search for hemp varieties that will be viable in the state’s tropical and subtropical climates, which feature short daylight hours, high levels of moisture and high temperatures.

With many hemp varieties requiring 13 to 14 hours of daylight consistently to stay vegetative, Florida’s days are relatively short with the longest day of summer maxing out at 13 hours and 45 minutes. Only 12 of the 23 varieties remained viable at the end of the growing season in recent research by the University of Florida’s Institute of Food and Agricultural Sciences UF/IFAS. Varieties to produce a full range of hemp raw materials – flowers for hemp extracts such as CBD, fiber and grain were trialed by the UF/IFAS research team.