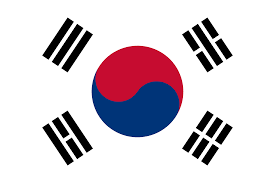 Canadian hemp fields could drastically expand to 150,000 acres this year, spurred primarily by a boom in exports to South Korea, according to the Canadian Hemp Trade Alliance (CHTA).

Shipments to the Asian nation jumped from Can$600,000 ($470,000) in 2015 to about Can$45 million ($35 million) last year, CHTA said, spurred by consumer uptake of hemp foods driven primarily by their entry onto tele-marketing programs. Koreans see hemp foods as an alternative to fish oils, CHTA said.

The jump would set a record for Canadian hemp fields, topping the 105,000 acres grown during the 2014 season and tripling output from 2016 when only about 50,000 acres went under hemp. Hemp processors in Canada hit a bump in the road last year when higher than expected yields led to a temporary glut. Yields jumped from averages of around 600-800 pounds per acre to 1,000 lb. and more between 2015 and 2016.

While growth in Canadian exports to Korea are expected to level off in the years ahead, Canadian growers say sales there allow them to spread out their risks by reducing dependence on sales to the U.S. which previously had been absorbing the bulk of Canada’s hemp output.