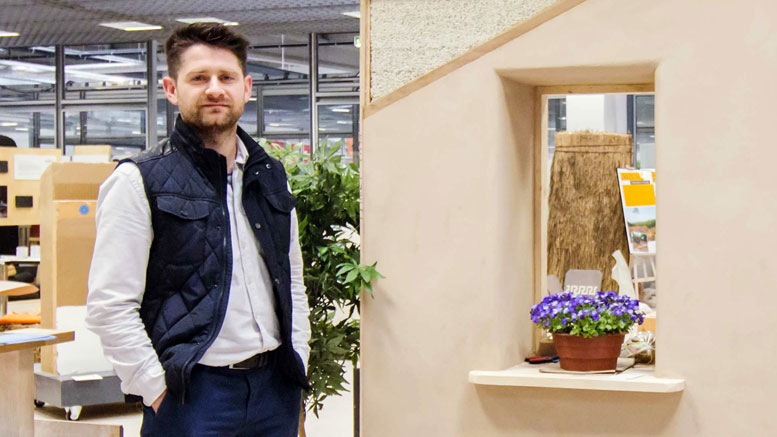 Brothers Piotr and Marcin Jastrzębski are reviving a hemp legacy, inspired by tales of the old days, when the plant was grown on the family farm near Białystok in the northeast corner of Poland, not far from the Belarusian border.

“Our grandmother and our Dad tell stories of how the family grew it decades ago – the whole process of cultivation, harvesting and retting before manually processing and plaiting the fibers into rope,” said Piotr, who along with his brother brought hemp back to local fields beginning with a four-hectare (circa 10-acre) test crop of the Polish Białobrzeskie strain in 2014. The family farm had abandoned hemp in the early 1960s, and while their father is not active in Fermatech, he serves as an adviser to the company. “He’s our wiseman,” says Jastrzębski.

After doubling hectarage in 2015 the brothers’ agro company, G.H. Fermatech Sp. z o.o., expanded hemp fields to 60 ha (circa 150 acres) last year split between the soaring Białobrzeskie – which is grown primarily for fiber – and Finola, an oilseed strain developed in Finland. Fermatech is putting in 80 ha (200 acres) of hemp this year, expanding the range of cultivars to put in test plots of varieties from Romania, Hungary and France in addition to Białobrzeskie and Finola, Jastrzębski said.

Fermatech has also been tinkering with various forms of harvesting and processing technology, adapting traditional farming machines for field work, and retrofitting an old Czech-built processing line to turn out fiber for hemp construction – Piotr’s passion.

And the company last year launched Podlaskie Konopie (Podlaskie Hemp), a brand pegged around the name of the municipal district where Białystok is located, and which is considered to be one of the most environmentally pristine areas of Poland.

While Fermatech grows for seed as well as fiber, it’s in hempcrete building materials and techniques where the company made its first splash, promoting the technology at trade shows and in workshops. So far the company has trained more than 100 hemp enthusiasts from Poland and other countries in hempcrete construction, said Piotr, who also serves as vice president of Poland’s Natural Building Association.

The company premiered its system at a “Building Solutions” trade fair near Warsaw last year, drawing crowds of curious onlookers. “It was the biggest attraction of the event, “ Piotr said. “People were really enthusiastic.”

In addition to promoting hemp construction, Fermatech is also helping to advance hempcrete science through cooperation with Przemysław Brzyski, a friend and scientist from Lublin University in east central Poland. Shortly after the trade fair, Fermatech broke ground on a demonstration house – smack in the middle of one of its hemp fields, completing the 100% hemp shell structure – the first of its kind in Poland – by autumn. Brzyski worked on the crew and installed sensors in the walls which he continues to monitor, documenting the hempcrete’s performance with an eye toward getting the material certified for Poland’s building industry. Further plans call for the add-on of energy efficient assistive technologies to create a truly green model home.

Beyond the processing of shiv for building material, Fermatech is an experienced grain grower. The company owns 640 hectares (1,600 acres) of farmland and contracts for another 160 ha (395 acres) where it grows Rapeseed, maize, wheat and barley that’s prepped for the market in on-site drying facilities – experience valuable to the company’s growth plans in the hemp oilseed market where it sells to food and cosmetics producers.

This autumn Fermatech hopes to boost its straw processing via improvements at the harvesting stage. Jastrebski calculates that the firm’s re-engineered processing line could double its current capacity of 150kg per hour if it can deliver shorter lengths of shiv from the field.

The Jastrzębskis realized early on – especially where building materials are concerned – that they’d not only have to create a lot of processes and technology from scratch but also have to research and then prime the market to promote the relatively unknown hempcrete technology to traditional builders and homeowners.

“Our shivs already match the quality of our western counterparts,” Jastrzębski said. “At the same time our experience introducing hemp building around Poland shows us there’s great potential for development.”