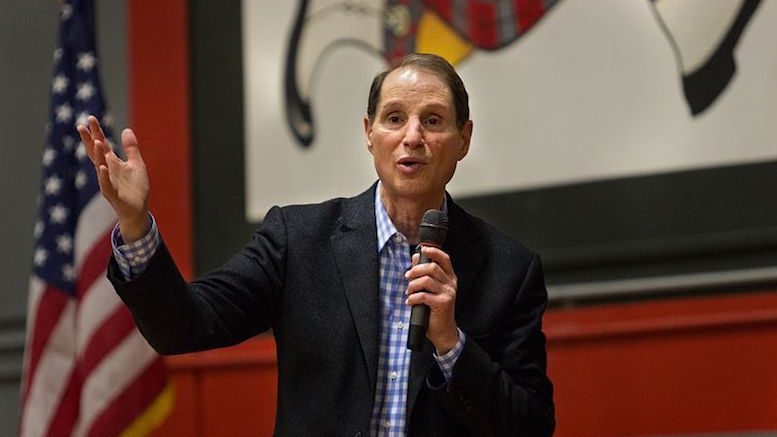 A bill that would make hemp-derived CBD products legal as an ingredient in dietary supplements, foods and beverages has been proposed by three U.S. Senators.

In the absence of federal regulations from the FDA, CBD makers and consumers have been faced with inconsistent rules – or no rules at all – in individual states, creating problems for legitimate CBD vendors and endangering public health. The proposed act in essence would force the FDA to clear a path for legal over-the-counter CBD.

“Every day that the FDA drags its feet to update its CBD regulations, hemp farmers are left guessing about how their products will be regulated, and real economic gains for workers and business owners in Oregon and across the country are left on the table,” said Merkley. “Hemp-derived CBD products are already widely available, and all we need is for FDA to issue clear regulations for them just like they do for other foods, drinks and dietary supplements.”

Critics have said while the FDA makes efforts at enforcement – primarily by issuing occasional warning letters to unscrupulous CBD vendors – that has come in the absence of significant research and meaningful progress on CBD rules. CBD stakeholders criticized an update from the FDA released in January, saying the report shows little has been done to advance the process of establishing a regulatory framework for the hemp compound.

FDA sent a proposal for regulation of CBD to the White House Office of Management and Budget last summer after a year-long review, but the rules ran out of time as the U.S. administration changed in January.

The FDA has already acknowledged the benefits of cannabis use for seizure disorders with the approval of a single drug, Epidiolex, which has helped childhood patients who suffer from debilitating forms of epilepsy. The product contains high levels of CBD (100 milligrams per milliliter).

But the agency has said wider research of CBD is desperately needed, and industry experts have lamented the dearth of science based knowledge about the medicinal benefits of cannabis generally, noting the mainstream scientific community in the U.S. is still waiting for clinical trials to demonstrate the efficacy of CBD and other cannabinoids.

Some critics have said the FDA, which identifies as a “science led agency,” should be the one to do the research needed to close knowledge gaps between risks and benefits of using CBD and other cannabinoids.

CBD and the FD&C Act

Technically, the Hemp Access and Consumer Safety Act would exempt hemp-derived CBD from the drug preclusion clause of the Federal Food, Drug & Cosmetic Act, allowing FDA to regulate hemp-derived CBD like all other ingredients for new supplements, foods, and beverages. The measure addresses consumer safety by requiring manufacturers to comply with all existing federal regulations for products that contain CBD, including product labeling rules.

Getting the law enacted would be “a huge win for American consumers, farmers, and the hemp industry as a whole,” said Jonathan Miller, General Counsel at the U.S. Hemp Roundtable, a trade group. “Struggling American farmers will benefit from a stabilized marketplace. It also will stimulate innovation and job creation in the hemp industry,” Miller said.

Patrick Atagi, Board Chairman of the National Industrial Hemp Council, said the lack of clear rules is costing money. “Last year, nearly $15 billion in economic benefits were left out of the economy because CBD wasn’t regulated appropriately,” Atagi said. “If the FDA can’t act, Congress should fulfill its oversight role and pass this legislation.”

Michael McGuffin, President of the American Herbal Products Association, said “Americans deserve to have assurances that the hemp and CBD products they include in their food and dietary supplement choices are properly regulated.”

The jurisdiction of hemp-derived products in the U.S. moved from the Drug Enforcement Administration to the Department of Agriculture with passage of the 2018 Farm Bill, which legalized hemp federally. FDA then asserted its authority to regulate products derived from cannabis, including hemp.