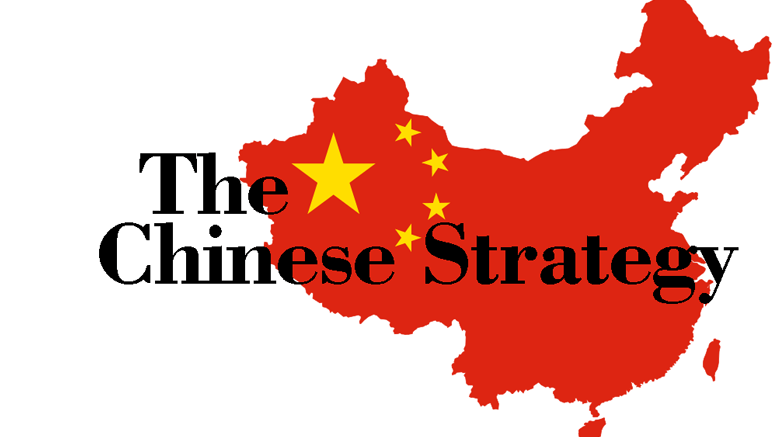 [First in a series]

The recent report that the Institute of Hemp at the Chinese Academy of Agricultural Sciences has developed a suite of new hemp cultivars for CBD is but one reminder that China takes hemp seriously, from the ground up.

As existing, giant Chinese conglomerates expand into industrial hemp, all have put together aggressive R&D programs that are probing the outer limits of what can be done with the plant. Throughout Heilongjaiang province in the north and Yunnan in the south, Chinese researchers are developing the innovations that can drive the industry worldwide.

As Zhao Yusen, a member of the Heilongjiang provincial committee put it at a government conference earlier this year: “We will integrate domestic and international research and development forces, bring together technology and talent from around the world, and carry out collaborative innovation in resources, breeding, harvesting and processing machinery and other practical technologies to support industrial development.”

Chinese companies are also looking at things like detection technology and smart manufacturing, and strategizing about how to use the country’s rich digital landscape that’s designed to drive sales.

With increased funding of international exchanges and joint research, China is poised to speed up scientific and technological advancements in hemp. Such cross-border scientific collaboration and the advancement of high-CBD genetics were key points in the official proposal for hemp industry development during this year’s Two Sessions plenary meetings held by the government to develop policy.

That’s a clear signal that the Chinese see CBD as the first best business opportunity. And that’s why research and development is ramping up in Yunnan, which has essentially been set up as an international center for CBD. Important in those studies is the question of how hemp fits into Traditional Chinese Medicine (TCM) a key subsector in China’s medicine industry. While hemp’s applications in TCM are based on seeds now, other parts of the plant have historically been used for pain and anxiety – conditions which are the subject of current research in all cannabinoids. The TCM drug industry, which holds an authoritative position on the country’s industrial landscape, is certain to exploit hemp for more than its seeds.

All that is in keeping with the government’s strategy to displace as many pharmaceuticals as possible with natural alternatives. The fact that the medicinal sector was highlighted as a key industry in the country’s “Made in China 2025” strategy can only mean strong support for research and development focused on hemp’s role in TCM.

Can Chinese seeds find a market in Europe?

China’s beginning steps to develop seeds for higher CBD content marks only the beginning of the research and development that’s driving the country’s international strategy. Twelve enterprises are reported to be authorized for CBD extraction and processing in Yunnan, while more than 60 companies have obtained pre-approval for that activity. That’s certain to spur even more research.

But while the Chinese recognize the business opportunities in CBD, hemp agriculture in China is strongly dominated by hemp dervatives with longer-term potential: Fiber and seed.

The whole-plant strategy gives China’s sprawling state conglomerates an opportunity to layer hemp across their entire landscape of business activity and products while contributing to health and environmental goals, sector by sector:

Textiles: China, the world’s biggest producer of hemp textiles, and one of the biggest cotton textile makers, is exploring new processing technology and methods to gain fine hemp fibers. Skygreen Group, for example, is investing in cleaner and more efficient cottonization techniques. Blending hemp fiber with cotton would not only help in filling a current gap in cotton supply but would result in improved quality and durability of the fabric overall while advancing environmental goals.

Biocomposites: Taking notice of the growing potential in hemp-fiber-based composites such as plastics and fiberglass for the automobile industry, the Chinese are advancing such products and also looking a wide range of applications for the construction industries. They are already using a rougher variant of hemp fiber to produce lightweight pre-formed doors, shelves, and flooring.

Pharmaceuticals and food: In most cases, the Chinese state conglomerates are leading into hemp through bio-industry assets, often purchasing private companies focused on hemp. Both the pharma and hemp food industries are looking at smart manufacturing processes in order to reduce human interference and thus potential contamination of their products. Liaoning Qiaopai Biotech Co. Ltd., currently the largest supplier of hempseeds in China, is reported to be working on such systems.

Technology: With labor costs rising, the Chinese realize they need to develop more efficient machines to replace hand sowing and harvesting and to speed up the decortication processes, which now are slow and wasteful. To address those needs Universities from Heilongjiang Province, Ukraine and Canada are conducting comprehensive research to develop new hemp varieties, more versatile and efficient harvesters and new technologies to generate seeds, flowers and fine hemp fibers.

Marketing & sales: The Chinese market offers many online channels for sales, entertaining platforms that offer features such as curated posts, live-broadcasting, and interactive chat, unlike more focused, single-purpose U.S. platforms such as Amazon. These platforms, designed primarily for commerce, are increasingly interactive and use a wide range of formats. The most popular e-commerce platforms such as Taobao, Alibaba and Xianyu all list vendors offering to deliver products in China. Delivery in population centers is pervasive, quick and inexpensive.

Big Data: Beyond tech-driven sales, some cannabis-focused technology companies have offered to work with the government building data bases and sharing information. Initiatives are afoot to establish tracking systems for CBD and THC content of hemp crops and monitoring of the extraction process, information that will be shared with the Public Security Bureau – local police.

Investing in the future

As Chinese industrial players continue to invest in research, science and technology, they’ll begin to quickly overcome the industry’s current key challenges: Low-content CBD, the quality of fiber, the challenges of farming technology, and processing and production standards.

The Chinese are reported to hold some 500 patents related to hemp, for plant varieties and for processing, textiles, food, oil, paper manufacturing and medicine, among others. While some date as far back as the 1960s and may be of little value, China today is developing the cutting edge solutions and intellectual property that look certain to keep it at the forefront of the world’s great hemp race.

Can Chinese seeds find a market in Europe?

If Chinese hemp breeders can comply with EU regulatory requirements and standards, meet farmer expectations, and be patient, there could be a market in Europe for their cultivation seeds.

The recent announcement from the Institute of Hemp at the Chinese Academy of Agricultural Sciences of three new CBD hemp cultivars is only the latest development by Chinese agronomic researchers; the varieties, “Zhonghan Ma” Nos. 2, 3 and 4, are reported to produce a high number of plants with strong drought and disease resistance. While the CBD levels are relatively low, the plants remain stable at less than 0.2% THC, the Institute reported.

Along with the three new strains from the Institute, the Yunnan Academy of Agricultural Sciences has bred nine hemp varieties, including several that aim to maximize CBD yields, and Yunnan Maye Biotechnology Co. recently announced “yunma#7,” a high CBD breed that also holds at 0.2% THC. Other companies in Yunnan are known to be doing R&D in breeding hemp varieties for CBD and other extracts, food and fiber. Chinese hemp seeds are also being trialled in the USA.

While Chinese CBD varieties have relatively low levels of CBD comparing to more advanced genetics in the USA, “It’s not impossible they could find a market in Europe for such seeds if they can figure out how to get them exported,” said Hana Gabrielova, CEO at Hempoint, the Czech-based seed wholesaler and consultant.

The varieties should work, at least in most southern European weather and soil conditions, Gabrielova said. With Europe about to revise its THC limit from 0.2% to 0.3%, the 0.2% THC seeds from China could provide some comfort to farmers worrying about their crops going “hot” or over an adjusted THC standard for Europe.

American cannabis consultant Richard Rose speculated that the “Zhonghan Ma” family of CBD varieties could have been developed specifically for Europe, reflecting a broader international strategy by the Chinese. “They can tailor seeds like those with 0.2% THC for export. They’ll set whatever THC levels and do whatever they want to do in China itself,” Rose said.

Daniel Kruse, CEO at Germany-based Hempro International GmbH & Co. K.G., said it was “speculative” that China could sell cultivation seed into Europe, but admitted European farmers could use more seed varieties: “In relation to the size of the market and despite the typical reservations against hemp, quite a lot of new varieties have already been added to the European catalogue of varieties,” Kruse said. “But the quality of these varieties is still far from sufficient.”

“In the past, especially in Europe, the market was actually very small in terms of hectares,” Kruse said. “So very few breeders in Europe have taken up the issue so far.”

“Breeding and propagation of industrial hemp varieties, especially geared to the cultivation area, raw material and yield targets, will become more and more important in the future and make a very decisive contribution to the development of our industrial sector,” Kruse said.

“The yield in tons per hectare is the most important factor to make the cultivation of solely seed or solely flower varieties interesting for agriculture,” said Dulon, who farms hemp on an industrial scale. Farmers are looking for such things as lower germination temperatures for earlier sowings; stability in plant health; uniformity in plant structure for mechanical harvesting; seeds that ripen simultaneously and are similar in size; and high protein content, Dulon said.

To get authorization for seeds in Europe takes about three years, involving pre-trials and not an inconsiderable amount of bureacracy. After that, the varieties would need an additional few years to adapt to European growing conditions, according to Gabrielova.

The Chinese CBD strains were developed in Yunnan province, which has grown to be a major CBD supplier to world markets. Twelve enterprises are reported to be authorized for CBD extraction and processing in the province, while more than 60 companies have obtained pre-approval for that activity.