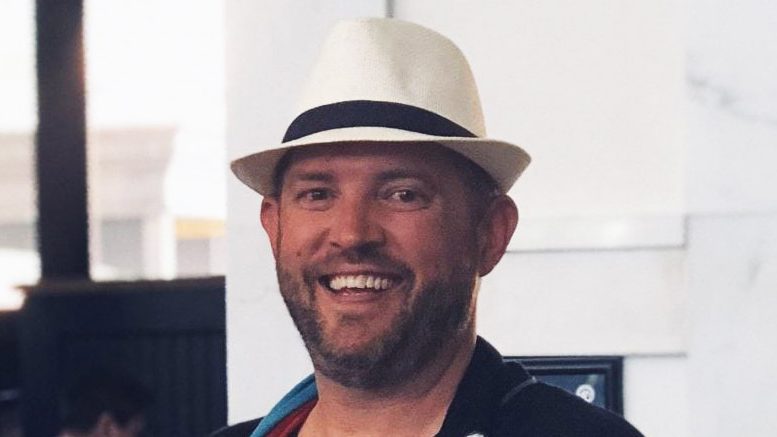 INTERVIEW: Rick Trojan is an American hemp entrepreneur and the founder of Hemp Road Trip, which promotes industrial hemp all over the world. He serves as interim President of the U.S. Hemp Industries Association.

HempToday: What’s the mood among U.S. stakeholders these days? What’s their state of mind after the euphoria of the Farm Bill, followed by the struggles in the CBD market?

RT: The euphoria of the 2018 Farm Bill quickly dissipated as anticipated access to everyday business services: banking, insurance and shipping, were not immediately available. CBD production grew in nearly every state planting hemp in 2019, and the tremendous market growth realized in 2018 and 2019 slowed tremendously. The market is still growing, but at a much slower rate than prior years. As a result, many CBD farmers and processors are feeling the pinch.

HT: What do you say to that guy out there, that farmer or primary processor who had a bad experience last year?

RT: We got into the industry in 2015, nearly the first year hemp was planted in this Hemp Reformation, as a result of the 2014 Farm Bill hemp pilot program. On paper, the numbers we ran were accurate, and realistic. In reality, it took us a few years to get everything aligned – planting to harvesting to drying and processing.

It’s a “new” crop for farmers, so nobody should expect to get rich overnight. It takes some time for the plant to adapt to the new environment, and the farmer some time to dial in production. Any farmer knows that bad years can happen. Education and collaboration will help mitigate the downturn.

HT: How is the coronavirus affecting the industry?

RT: The hysteria over coronavirus will impact the industry negatively, through lost sales and decreased productivity.  However, most farmers who planned to plant hemp are continuing to move forward, and the agricultural sector is an excluded class for the lock-down occurring nationwide.

HT: What are the key issues facing U.S. Hemp going forward, and how is the industry addressing those issues?

RT: The key issue remains education. Now that the FDA and USDA are involved, helping them understand what hemp can do is important for them to create regulations applicable without overreach. The industry is engaging government officials, conducting research and educating farmers, manufacturers and officials.

HT: Aside from legacy players like Colorado and Kentucky, what are the up and coming hemp states in the USA? What’s interesting that’s happening out there?

RT: You have big CBD producers like North Carolina, Colorado, Kentucky & Oregon alongside up-and-coming states on the grain and fiber side: North Dakota, Montana.  Up and coming states that show potential: Texas, Wyoming, California, Florida. There’s recognition that not everyone can grow CBD, so there’s a push towards grain and fiber cultivars, and processing follows shortly behind.

HT: What’s ahead for the Hemp Industries Association?

RT: We just announced a new Board of Directors and are actively searching for our next Executive Director.  As the largest and oldest hemp association in the USA, we’re taking the industry’s expertise and applying it to newly developing industries.  Look for some great new things coming out of HIA in the near future.

HT: What’s the best story you’ve heard “on the road” in the past year?

RT: My I’ve heard a LOT of incredible stories.  A buddy was making extract in his rental house in Serbia. Things got out of hand when the stovetop mixture caught fire, and he put water into a boiling pan of oil – causing it to splatter and catch his area on fire.  This caused his girlfriend and dog to evacuate immediately while he had second and third degree burns all over his body. She ended up going to jail for a few days for potential arson. Thankfully he walked to hospital and was treated, his girlfriend was released from jail and the dog lived to tell the tale.

HT: What are you doing these days when you can’t be on the road?

RT:  All this corona-hysteria is forcing me to stop travelling, which I’ve not done for nearly five years. After visiting 6 continents last year studying hemp and engaging global leaders, I had another year of travelling planned – Europe to China to S. Africa. Instead I’m home in Denver working remotely on building the fiber side of the industry and new developments at Hemp Industries Association.