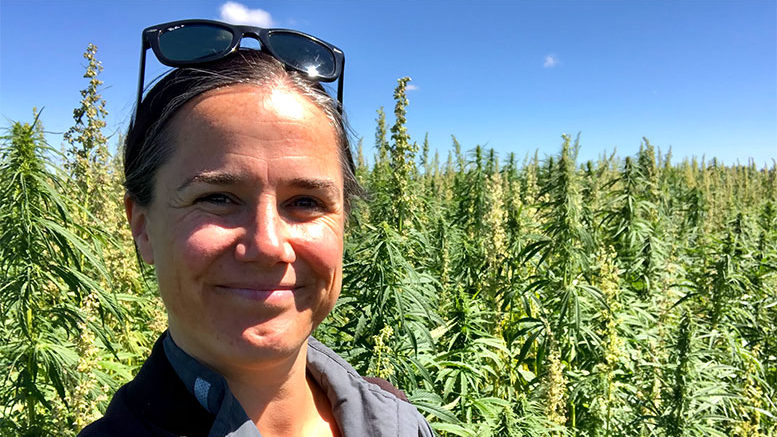 “I kept the terms of the capital raising deal as simple as humanly possible and very strategically chose to seek lenders rather than equity partners or shareholders in this first round,” said Lucas, who also serves as Executive Officer of the Tasmanian Hemp Association, the peak industry body for the state which is supporting the technology project. “I know how important it is for start-ups to avoid excessive administration and to keep a business nimble through the first few years of operation, which is why I raised the necessary capital this way.”

The processing technology is planned as the fulcrum for production of building materials, animal bedding, bast for paper production, and mulch — all from straw harvested by local farmers on Tasmania who are already growing for grain production. Lucas anticipates supplying the hempcrete building sector amid rising demand for such structures in Australia. The company has already inked over AUD$100,000 (~€65,000/~US$78,000) in preliminary purchase agreements for building materials, animal bedding and bast fiber for the current hemp growing season, Lucas said.

Local growers have committed to supply straw to X-hemp on a cost-recovery basis for the first year, and at less-than-market-rate prices through 2023. This year’s planting area in Tasmania is over 1,000 ha, Lucas said. Three of the largest contracting parties in Tasmania –Ananda Food, ECS Botanics and Midlands – are supporting X-Hemp by allowing their growers to provide straw, which guarantees a first supply of input raw materials, with Midlands also offering financial support as a lender.

The processing unit is next-generation technology based on an original created by Connie and Leon Minos, owners at New South Wales-based Ashford Hemp Industries, who developed the working prototype for their own farm. Designed to process up to one 400 kg (~880 lb.) square bale per hour, the processor has an estimated price tag of AUD$185,000 (~€113,240/~US$132,710).

The equipment – officially named the Ashford Processing Unit and colloquially known at X-Hemp as the ChoppyChoppy SmashySmashy – is expected to run close to full capacity from the outset, but that still will not meet anticipated demand, Lucas said.

The first machine is to serve as proof-of-concept for a larger investment over the coming years, with the goal to create a scalable mill system to supply what Lucas anticipates will be a constantly growing market. The larger scale, more sophisticated technology will require investment of AUD$3-$5 million, she said.

Lucas said several clients are ready to build with hempcrete, but have hesitated due to a lack of local supply. Some builders have been importing the material from Europe and North America, incurring expensive shipping costs. She said there are more than 12 designers and builders planning hempcrete projects in Tasmania over the next 12-18 months that will require 3.2 tons of hurd per house.

Over the past few years, Tasmanian farmers have turned out roughly 80% of the country’s total hemp yield, with virtually all production so far being for food seed.