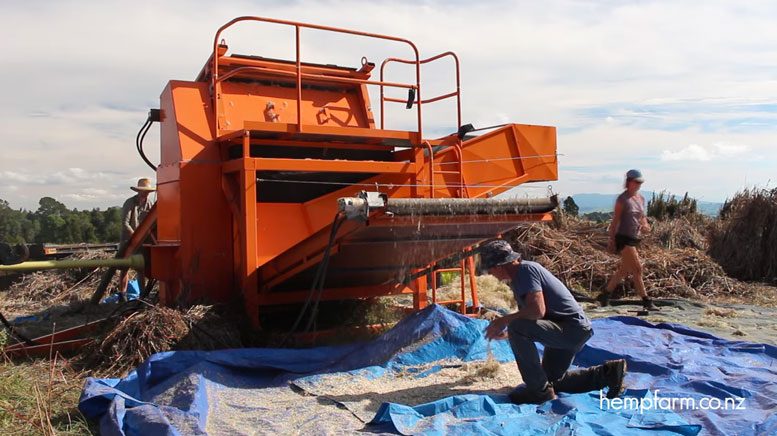 A New Zealand firm says it successfully trialled technology to separate hemp fiber and cellulose fresh in the field during its harvest this year. The machine, the Clarke D8 decorticator, was invented by its late namesake, Australian Adrian Clarke, who developed the D8 through two decades of research and trials at TCI Australia, based in Victoria.

Waikato-based Hemp Farm NZ Ltd, said tests this harvest season in its fields included stressing the machine to the breaking point. A team of engineers identified points of weakness which were then re-engineered to further improve performance, the company said.

Hemp Farm said the D8 is a cost-effective alternative to traditional hammer mills used in the decortication process — often multi-million dollar machines that separate the fiber by forcefully pounding the hemp stalks.

The Clarke D8 costs a fraction of the price of a hammer mill, and farmers can use their land immediately after harvest, the company noted.