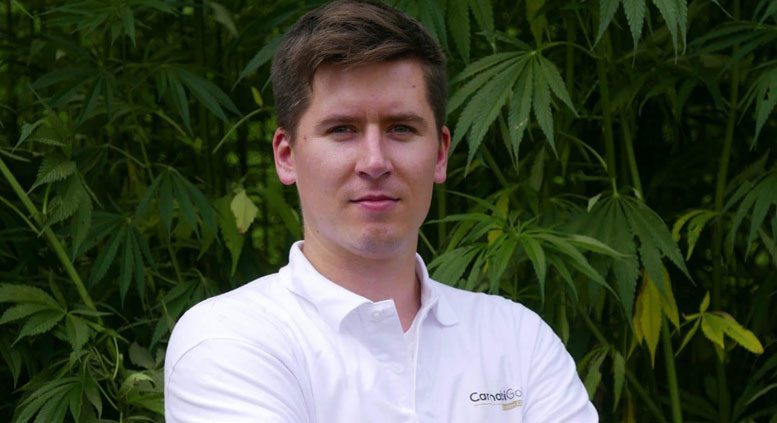 Jacek Kramarz, Chief of Sales at Poland’s blue-chip CBD maker HemPoland, will talk about his experiences with a fast-moving startup that’s quickly expanded distribution of its CannabiGold brand into 20 markets over the last two years during “The Future of Medical Hemp” international industry summit and networking event Aug. 24-25 at HempToday Center in Poland.

Kramarz also will give a snapshot of the European CBD markets and run through the basics of CBD and its effects on humans.

Kramarz has been instrumental in the development of HemPoland, a vertically integrated producer that carefully manages the value chain from field to shelf, and which has worked its way into the leading ranks of European CBD purveyors. He previously worked in management consulting in Vienna where he coordinated international projects tackling complex changes in company ownership and restructuring. He is also a licensed securities broker

Only 1 accreditation remains for the Aug. 24-25 networking & intelligence gathering. The application period remains open through Aug. 17.

Representatives from the U.S. states of Colorado, Wisconsin and Maine are signed up to attend, as are delegates from Italy, Germany, China, Greece, Poland, Lithuania, Israel and the Czech Republic. Participants have the option of making a 15-minute presentation about their companies, startups or business plans.

Summit attendees will get an in-depth look at a wide range of industry topics including investment, product development & innovation, global medical hemp hot spots, the regulatory environment, biochemistry of cannabinoids, and cannabinoid production.

Other featured speakers for the two-day event are:

Joscha Krauss, CEO MH medical hemp GmbH, Germany, which makes CBD and just released a new line of CBD-infused cosmetics. Krauss is active worldwide in the areas of medicinal cannabis and CBD. He holds an M.S. in ecology, and is a master class graduate at Dutch medicinal hemp producer Bedrocan, where he studied cannabis cultivation and cannabinoid extraction.

Kehrt Reyher, Founder of HempToday, and co-founder of The Nakło Foundation, which supports environmental protection, entrepreneurship and green industry thought leadership globally; and historical preservation, economic development and tourism at the local level. Kehrt is founder and past President, CEO and Chairman of the Supervisory Board of VFP Communications, a Warsaw-based B2B media company. A former European Bureau Chief for Smart Grid Today, he previously worked in the USA at The Providence Journal, The Detroit News and USA Today.

“The Future of Medical Hemp” is one in a series of summits held annually at the HempToday Center of Excellence in south-central Poland that look at different applications for industrial hemp, industry trends, investment and entrepreneurship. Hempoint, the vertically integrated hemp producer and consultancy, is HempToday’s partner in the Summit Series.