A Colorado-based CBD producer has launched a crowdfunding campaign to support its defense in a trademark infringement lawsuit brought by beleaguered The Honest Company (THC), a firm owned by actress Jessica Alba.

The Redmon Co. Inc., Louviers, Colorado, says it will defend its right to continue using its trademarked Honest Herbal brand on the range of CBD lotions, cremes, extracts and capsules it produces. The company also operates under the Honest Herbal moniker. 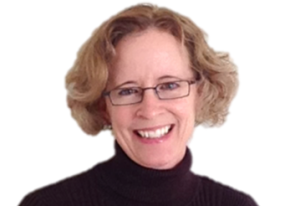 “We were very surprised that our company was singled out considering there are literally thousands of companies using the word “honest” to describe their brand or their products,” Kristy Redmon, a pharmacist and Honest Herbal’s founder and president, told HempToday. The company operates a family run industrial hemp farm.

“With no overlap in markets or products, THC’s suit was a surprise,” Honest Herbal said in a press release. “While THC has used the word ‘honest’ in branding its unrelated products, thousands of companies in the U.S. use the word ‘honest’ to fairly describe their products and brand. Honest Herbal intends to defeat the notion that THC can extract the word ‘Honest’ from the English language for its exclusive use.”

Meanwhile Alba’s company faces a wide range of lawsuits itself based on complaints mainly over use of the term “organic” on its labeling. The suits are over a range of products that include detergent, sunscreen, shampoo and body wash. And in spring 2016 a lawsuit in California was brought by the Organic Consumers Association alleging that some ingredients in Honest baby food are synthetic despite the product carrying an “organic” label.