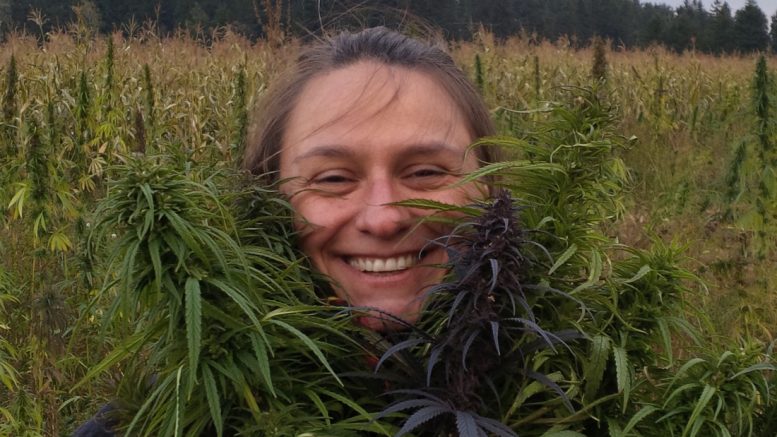 Hana Gabrielova's firm, Hempoint, makes a range of products in the food-and-drink and health categories.

If the late Jack Herer could visit Hana Gabrielova’s hemp operation in Jihlava, Czech Republic, he’d no doubt be impressed. From 1.5 hectares (ha) — or 3.7 acres — she planted in 2010, Gabrielova’s firm, Hempoint, has steadily boosted local hemp fields by working with neighboring farmers — with around 100 ha (about 250 acres) under the crop this year.

“We have good connections with our farming partners; we’ve been able to build up a lot of trust,” said Gabrielova, who is Hempoint’s sole owner. That trust extends down the value chain, she notes, at the end of which she sells a range of food-and-drink and health-oriented products mainly from hemp flowers and leaves.

“Our customers buy from us because they know we make high-quality products,” she said, adding that both sectors bring strong financial returns. Hempoint’s products include hemp teas, hemp essential oil, chocolate products with hemp additives as well as extract used in spas and in dermatology. Hempoint even produces hemp pellets which brewers use to make hemp-flavored beer.

Based in West Moravia in the central Czech Republic, Hempoint draws its raw materials from six farmers, all of whom are within a 22-kilometer radius and whose farmlands total about 500 ha (1,235 acres), allowing for annual rotation. One of those farmers concentrates on seed production to provide supplies for cultivation year-in and year-out, while the other five grow strains specifically for Hempoint’s line of products — all under Gabrielova’s guidance from field to factory.

“We help organise the seeds, the planting and the harvesting, and the farmers ask for advice so I spend a lot of time in the fields,” said Gabrielova, who helps her contract farmers through every step of the process. To take the plants apart, Hempoint contracts with Severofrukt, a local primary processor, and does further processing at her own facility.

While Hempoint’s business has been on an impressive upward curve, Gabrielova notes that the economics are changing as more players enter the market, fueled primarily by the popularity of cannabidiol (CBD), an extract that has a wide range of medical uses. That drives down the price of hemp flowers. “CBD is so interesting that everybody wants to be in that market,” she said, requiring Hempoint to strive for bigger and bigger fields and bigger and bigger yields — which the firm is achieving, having doubled business volume between 2013 and 2014, and with expectations to double total volume yet again in 2015.

Meanwhile the Czech Republic looks to have some of the best potential for hemp growing of former Eastern European countries where many farms were divided into small plots in nations like Poland, for example. That didn’t happen in the Czech Republic where today many “family farms” are around 5,000 ha (12,355 acres) and bigger, Gabrielova said.

Going it alone, for now

Having worked at Konopa, a Czech hemp-oriented NGO in past years, Gabrielova is aware of the various EU farm and economic development support programs that could boost the hemp industries. But for now, she’s not interested. “Those EU programs are not flexible enough for an industry that’s just getting started,” she said. “I’m trying to get through the beginning alone, and when I’m sure how to do it and then have predictable contracts, we might try to get EU funds for new machines — but after the business is more mature.”

Gabrielova studied veterinary science in technical school and later took up studies in eco-agriculture. But her inspiration to be a hemp entrepreneur was inspired mainly when a friend gave her a copy of Jack Herer’s book — “The Emperor Wears No Clothes” — in which the iconoclastic American hemp activist, who died in 2010, extolled industrial hemp’s many uses.

“I was just amazed that you could make so many things with the hemp plant,” she said.