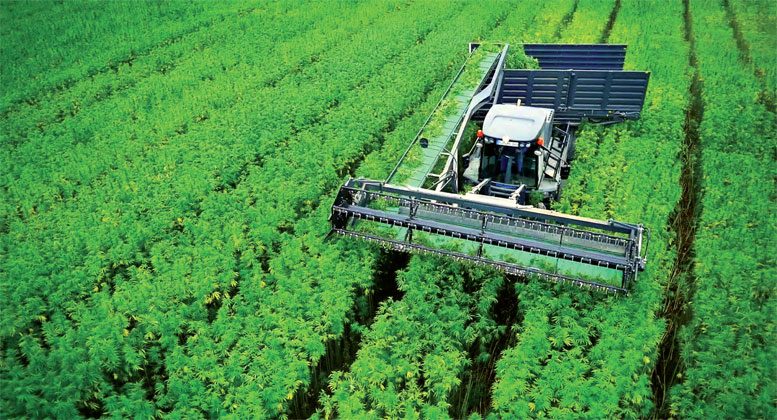 Europe’s small hemp farmers are optimistic, but less so than larger agri-concerns and cooperatives, according to a new index from commodities trading platform Canxchange, which today released its Q2 2021 Benchmark Report.

While rating farmer attitudes as “fairly optimistic” overall, Canxchange suggested a number of factors have put pressure on smaller players that may be giving them pause.

Farms smaller than 500 hectares checked in at 106.6 on the Canxchange Farmers Sentiment Index (CFSI®) scale, which tops out at 125.0; that puts those farmers somewhere between “fairly optimistic” and “neither optimistic nor pessimistic.” Operators of farms bigger than 1,000 hectares meanwhile scored 116.8, at the low end of “highly optimistic” range, according to the index.

In addition to sales confidence, the CFSI® tracks planting area, investments, material stock levels, and yields. Data is based on responses from more than 100 hemp operations across Europe.

Canxchange said smaller operators struggle to get distribution and are challenged by sheer economy of scale, which makes it tough to compete on price. That means many often sit on high levels of stock. Smaller players may also have been hit harder by the COVID-19 pandemic due to low cash on hand and weak cash flows when the global lockdown began, Canxchange suggested.

Nonetheless, Canxchange said overall sentiment among farmers is rising after months of restrictions and the economic slowdown brought on by the pandemic.

“Buyers generally anticipate better economic prospects, higher demand and have better visibility due to the different vaccine rollout programs that have been put in place globally,” according to the Benchmarks report. “This has given confidence to the hemp producers to increase the planted surfaces and invest more in their production machinery and materials.”

The farming index also reveals that aside from hemp flowers, current stock levels are “fairly low, especially for products such as seeds, stalks and shives (hurd)” compared to 2020.

In another highlight from the report, the Canxchange Benchmark Price (CBP) for European CBD isolate dipped from €1,082 per kilogram recorded in its April report to €938.54 in the report released today. Meanwhile in North America, prices are as low as €400-€500 per kilogram. Canxchange had noted in its last report that European isolate sellers had been reluctant to drop their prices. That may now be happening, especially given the intensive price competition coming from the other side of the Atlantic.