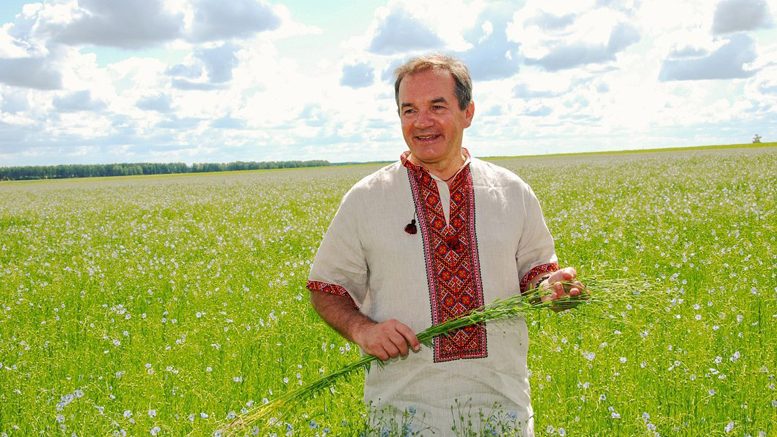 Michel Terestchenko, Mayor of Hlukhiv, Ukraine has been confirmed as a keynote presenter for this year’s Hemp2020 Business Summit Oct. 20-21 in Poland.

Mayor Terestchenko returned to his ancestral city of Hlukhiv from France in 2002 and started a successful hemp and linen-flax farming operation in 2008. He gave up French citizenship after the Maidan Revolution in 2014, taking up a Ukrainian passport. He was elected Hlukhiv’s mayor in 2015.

Rejuvenating the Hlukiv-based Institute of Bast Crops, which dates to 1932 and is located in the former residence of the Mayor’s grandfather, is one focus in his municipal plan to put industrial hemp at the center of local economic revival – his topic at Hemp2020. He also plans this year to open a relaxation center offering hemp-based treatments for anti-aging, anti-stress and other healing applications.

Mayor Terestchenko’s ancestors developed sugar production 150 years ago in Hlukhiv, located in Sumy Oblast just 15 kilometers from the Russian border, but eventually emigrated to France after the Bolshevik revolution of 1917.

Summit in its 2nd year

In addition to hemp’s potential for local economic development, other topics to be explored during the intimate two-day Summit include a global market overview; CBD and hemp health applications and market outlook; organic farming and the organic products markets; entrepreneurship; startup financing; and media and marketing communications.