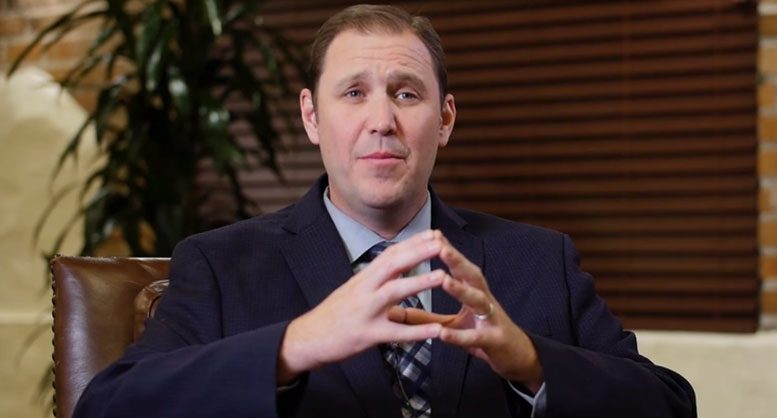 HempToday: If we look strictly at the CBD value chain, where in the world would you say the laws are most supportive to full sector development?
Bob Hoban: The Latin American market loves cannabinoid extracts. More importantly, many of the governments in Latin America are supportive of widespread cultivation, processing, and use of hemp as a naturally occurring wellness product. The Latin American markets also have their eyes on the import and export of such products and materials, which creates opportunities in the burgeoning global cannabis economy.

The EU has been a bit slower to come to the CBD party, but a number of cannabinoid-rich products have been evaluated and approved under FDA-equivalent standards and are making a major push in the EU marketplace. Overall, at present, I believe that Latin America provides the most widespread opportunities; especially considering the extent of various nationalized healthcare systems in that part of the world and government support.

HT: When can we expect full clarity for CBD in the United States? Is that a 5- or 10-year proposition? What can we look forward to (or dread) regarding federal agencies’ treatment of CBD in the next 1-2 years?
BH: Unfortunately, I see an interruption in the U.S.-based cannabinoid extract marketplace before there is clarity. Fortunately, however, the debate is beginning to shift away from the baseless claims that CBD (and other naturally occurring cannabinoids) are illegal, controlled substances per se, to how and where these products will be regulated.

The Unites States Department of Agriculture (USDA) and the Food and Drug Administration (FDA) need to step up and take the issue away from the Drug Enforcement Administration (DEA), which readily concedes that it has no jurisdiction over (U.S.) Farm Bill hemp and exempted plant material-based extracts and derivatives. This is a slow and tedious process which could take several years.

We were able to successfully broker America’s first regulatory policy (in Colorado) governing cannabinoid-rich hemp-based plant materials intended for human consumption, and it has drawn a great deal of positive attention from dozens of other states and the federal government. This is a tremendous starting point. In the end you will see natural product cannabinoid extract products existing side by side with FDA-approved cannabis based medicines much like the pharmaceutical and nutraceutical model that exists surrounding other botanical plant materials which hare beneficial for human ailments and conditions.

HT: Appears to be rare bi-partisan support for hemp in the USA, but what about cannabis? If the Attorney General revives a war on drugs and targets marijuana, will hemp take a hit too? CBD would seem to be particularly vulnerable in this respect.
BH: Most of us know that industrial hemp and marijuana are from the same plant species, Cannabis Sativa. And in a perfect world, cannabis would be legalized and regulated pursuant to its various uses. In fact, at the beginning of the Trump Administration, I was engaged in a dialogue with Trump Administration officials concerning a cannabis reform policy called Make America Hemp Again. This policy reflects the notion of regulating the whole plant, and it was well received at the time. In any event, as it relates to hemp, there are widely varied public policy reasons that each individual U.S, state which has created a hemp program has done so. For example, Kentucky’s and New York’s public policy foundation for enacting hemp legislation is very different from that of Colorado and/or California.

And this is doubly complex because many states that have legalized hemp also have commercial regulated marijuana (medical or adult use) markets. Needless to say, this creates strange “bedfellows” in Congress. That said, aside from Attorney General Jeff Sessions (who will not even consider the legalization of true industrial hemp uses), industrial hemp is an issue that Republicans have tended to support. I do not see that changing. But I do worry about how and where these federal policy makers will vest regulatory control over cannabinoid extracts. And that is the issue that keeps me up at night; will it be a restrictive or willing FDA? Long story short: industrial hemp is safe. But stay tuned for some bumps in the road as it pertains to the CBD industry.

HT: Poland recently passed legislation regarding medical marijuana that gives patients access to medical marijuana but it doesn’t make growing and producing MMJ legal in Poland. Is that a next logical step?
BH: We are seeing a trend across northern Europe to allow medicinal marijuana, but to restrict or outlaw domestic cultivation. The reason for this is that these countries do not want to deal with an increase in “grey” or “black” markets, which is understandable. This has produced, or perhaps has increased, the momentum of the ever-growing global cannabis economy. In other words, we are seeing (and we have structured numerous such deals to date) the international trade of high potency, high grade marijuana. Just a few years ago this would have been a fantasy. But it is real now, and it represents an ever-growing number of participating countries. This is the most exciting thing about our industry – we are witnessing the explosion of this cannabis-based economy outside of the U.S. This will, in theory, force the U.S. to come around on its archaic cannabis laws.

HT: When you look to the expansion of the HLG practice globally, what are the factors you consider before going into any particular region, country or market?
BH: HLG looks to function in an environment where governments are forward-thinking and supportive; whether that be hemp or marijuana. Supportive governments create workable regulations that allow for the development of a professional and well-funded industry. Supportive governments also create the opportunity for scientific research that can benefit humanity. These are positive things.

We also look for enterprising attorneys who, like our international clients, recognize the utility of the world’s largest cannabis network, which is what HLG has indirectly created. HLG’s value to entrepreneurs and operators worldwide cannot be measured simply by the fact that it can accomplish high level legal tasks in any jurisdiction, but rather through its industry expertise, advisory services, and general cannabis industry counseling/consulting; let alone its public policy work.

Our perspective is that the U.S. has provided pioneering access to this plant under a patchwork or complex, confusing, and conflicting laws, while the rest of the world has limited access, but robust government support and product development. These things will soon marry, and we will see the global cannabis economy catapult into a global juggernaut. Clients, governments, and enterprising attorneys who see those things as well are prime candidates to take full advantage of what HLG has to offer.