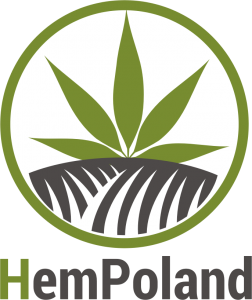 “All Polish hemp-related companies have had issues with ads being rejected in the past, but at least we had a chance to explain ourselves,” said Maciej Kowalski, founder of HemPoland, a vertically integrated hemp company which contracts with local farmers to grow hemp it then processes into food and health products.

“Even if our arguments were not accepted in the past, at least I had a feeling that someone was willing to listen,” Kowalski said of the Facebook ban — apparently based on the use of “konopie,” the Polish word for hemp. Kowalski said his company received no warnings, and was subject to no complaints in the past. He said the “appeal” mechanism in the Facebook notification script did not provide possibility to explain or open a dialog with Facebook.

The incident in Poland reflects a broader problem facing the industrial hemp industry globally with social media sites — especially Google and Facebook, the two most powerful social engines, both of which have highly inconsistent policies as regards use of the word “hemp” in advertising. The confusion is compounded  when Facebook’s rules are interpreted at the local language level.  American hemp companies say they are occasionally blocked by Facebook, but most have so far been able to appeal successfully.

Based in Elbląg, in north-central Poland, HemPoland’s portfolio is led by CannabiGold, a CBD product for which the company has quickly built up distribution assets in eight European countries; it also has sales of bulk CBD in the U.S. Still, the company’s ability to aggressively market in Poland, in the Polish language, is fundamental to the company’s ability to keep on a fast growth track, Kowalski said.

A U.S. court has dismissed two related appeals in cases brought against the federal Drug Enforcement Administration (DEA) in 2020 by the Hemp Industries Association…

Like everywhere else in the world, China’s CBD sector is moving along in fits and starts, with some firms making advancements as others stumble amid…