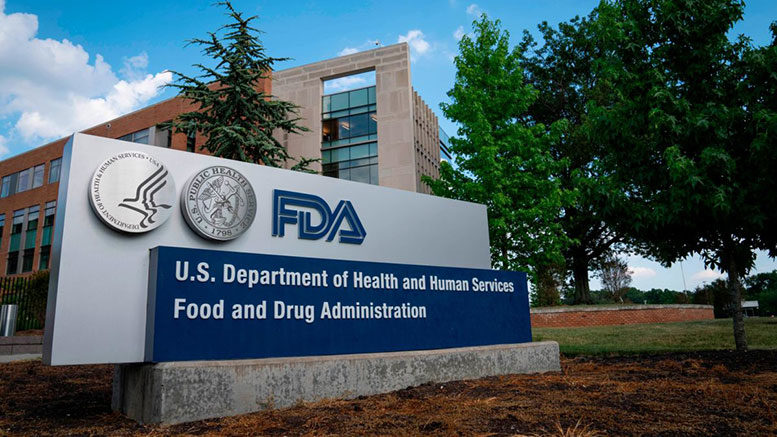 The U.S. Food & Drug Administration (FDA) has issued a new round of warnings to U.S. CBD vendors, citing violations of the Food, Drug & Cosmetic Act.

FDA said the five companies are illegally selling unapproved CBD products, and noted its concern that several “claim to cure, mitigate, treat or prevent various diseases.” Some companies were also cited for making their products appeal to children.

One company was also cited for illegal sales of delta-8 THC.

FDA rules bar the marketing of cannabis derivatives in food products, with both CBD and delta-8 THC unapproved for human and animal consumption.

“These companies are selling CBD-containing products that people may confuse for traditional foods or beverages which may result in unintentional consumption or overconsumption of CBD. CBD-containing products in forms that are appealing to children, such as gummies, hard candies and cookies, are especially concerning,” FDA said in a statement announcing the warnings.

FDA said research is still lacking that would show how much CBD can be consumed, and for how long, before causing harm, especially to children and pregnant women. “Scientific studies show possible harm to the male reproductive system, including testicular atrophy, harm to the liver, and interactions with certain medications,” the agency also said.

Some of the companies also make CBD-containing foods for animals.

Despite repeated calls for regulations from CBD stakeholders, the FDA has yet to comprehensively address the compound’s legality, saying more research is needed. The agency has instead focused on enforcement and sending out warnings.

The companies warned were:

The FDA gave the companies 15 working days to address the issues in the warning letters and explain why their products are not in violation of the law. “Failure to adequately address the violations promptly may result in legal action, including product seizure and/or injunction,” FDA said.

The FDA in May issued warnings to four companies that make CBD products for animals, saying data on safety regarding CBD for pets and large animals is lacking and that claims made by the companies about the curative effects of CBD in animals are unproven. The companies were ordered to halt marketing.

The agency has also cracked down on CBD marketers over claims regarding the compound’s efficacy in the treatment of covid-19. Makers of products containing delta-8 THC, which is made by putting hemp-derived CBD through a synthetic process, have also drawn warnings from the FDA.

A Virginia coroner ruled the death of a boy in May was due to over-ingestion of hemp-derived delta-8 THC from gummies, although experts are divided on whether or not delta-8 caused the four-year-old’s death.

Delta-8 THC is a psychoactive alternative to the more well-known delta-9 THC found in marijuana plants, and is reported to result in a milder “high.” Delta-8 products have proliferated in the USA over the last two years amid the lack of regulations.