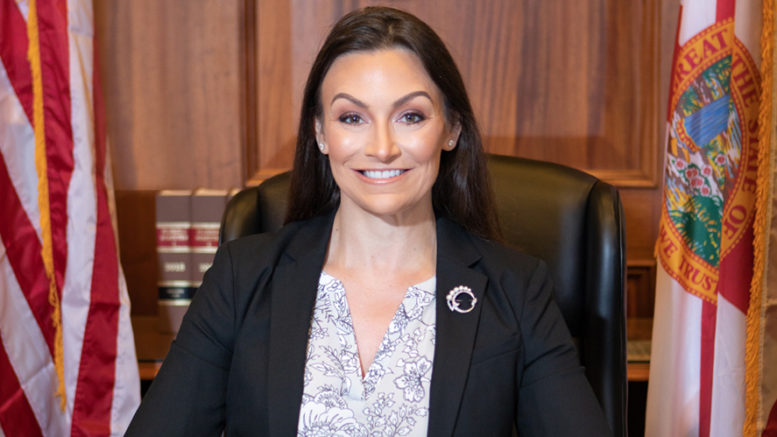 A lack of clarity in federal cannabis laws is suppressing growth of the legal hemp industry, according to Florida Agriculture Commissioner Nikki Fried, who this week wrote a letter to U.S. Senate leaders backing cannabis reform legislation that would end the prohibition on marijuana.

“While the burgeoning growth of the hemp industry is promising, it has also revealed the need for federal action to resolve the conflicts arising from the federal prohibition of marijuana,” Fried wrote in the letter, dated Aug. 31.

Fried’s recommendations address the Cannabis Administration and Opportunity Act, legislation proposed by the three senators which would end the federal marijuana ban while allowing states to determine their own cannabis laws.

“If left unresolved, these unnecessary hurdles could suppress the growth of the hemp industry that is projected to increase at 32 percent annually through 2027 as our nation moves toward more environmental and health-conscious products,” the commissioner wrote.

FDA classification of hemp as a food ingredient would also qualify its derivatives for inclusion in supplements, according to the Florida Department of Agriculture & Consumer Services (FDACS). If hemp, on the other hand, is first recognized as a supplement, it may not then cross over and be used as a food ingredient (despite the fact that supplement manufacturing standards are more stringent than those for making food).

Florida’s current legal and regulatory structures are “built on the understanding that hemp is a food additive,” FDACS noted in analysis Fried included with her letter to the senators.

Florida has approved more than 800 hemp cultivation permits for farmers in 65 of the state’s 67 counties since FDACS began accepting applications to grow industrial hemp early in 2020. Roughly 22,000 of 30,000 acres approved for planting were farmed last year, according to FDACS figures, representing at least a theoretical economic impact of roughly $300 million, with $136 million in revenue and more than 8,000 jobs created.

But researchers studying hemp’s potential in Florida say they haven’t yet found many hemp varieties viable in the state’s tropical and subtropical climates – a challenge faced by agronomy experts from Latin America to Africa to Southeast Asia, where countries are rushing to roll out hemp initiatives. Regions at tropical latitudes have struggled to find varieties that will flourish and still meet rules governing maximum amounts of THC.

Florida’s hemp plan has been approved by the U.S. Department of Agriculture, but the state opted to remain under rules in the 2014 Farm Bill hemp pilot program for one more year after the USDA offered that option at the end of 2020. Hemp states without federally approved plans got the one-year extension to give regulators more time to harmonize local and federal laws.