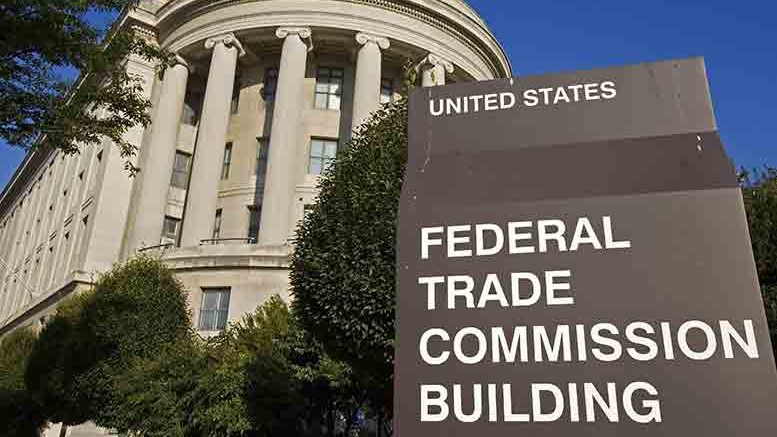 The offending companies were penalized under the FTC’s “Operation CBDeceit” initiative for suggesting their CBD infused products could treat cancer, Alzheimer’s, heart disease, diabetes, and other common afflictions.

The FTC has a longstanding policy requiring that advertisers have reliable scientific evidence to support any health claims. “Operation CBDeceit” is part of the Commission’s ongoing effort to protect consumers from misleading advertising on websites and through social media companies.

“The six settlements announced today send a clear message to the burgeoning CBD industry: Don’t make spurious health claims that are unsupported by medical science,” said Andrew Smith, Director of the FTC’s Bureau of Consumer Protection. “Otherwise, don’t be surprised if you hear from the FTC.”

The FTC is requiring each of the companies, and individuals behind them, to immediately stop making unsubstantiated marketing claims. Fines ranging from $20,000 to $85,000 were levied against five of the six companies, and all were ordered to notify consumers of the Commission’s orders.

Orders settling the FTC’s complaints bar the respondents from similar deceptive advertising in the future, and require that they have scientific evidence to support any health claims they make for CBD and other products.

The Commission issues an administrative complaint when it has “reason to believe” that the law has been or is being violated, and it appears to the Commission that a proceeding is in the public interest. When the Commission issues a consent order on a final basis, it carries the force of law with respect to future actions. Each violation of such an order may result in a civil penalty of up to $43,280.

The companies and brands which settled with the FTC were:

FTC said the web-based seller claimed without substantiation that their CBD product is safe for all users, treats pain better than prescription medications like OxyContin, and prevents and treats age-related cognitive decline and chronic pain. The FTC also alleges the respondents deceived consumers who ordered one bottle of their CBD oil by changing the order to five bottles without consumers’ consent. The company and individual respondent Marcello Torre were ordered to pay $20,000 to the FTC.

Epichouse, LLC, also of Utah, and its founder and owner John Le promoted CBD as safe for all users, able to treat pain better than prescription medications such as OxyContin, and able to prevent a wide range of serious conditions, including cancer, diabetes, and heart disease. The company’s advertising also falsely claimed that CBD is scientifically proven to improve many serious health conditions—including chronic pain and hypertension, and provide neurological benefits, according to the FTC’s complaint. The order requires Epichouse to pay $30,000 to the FTC.

According to the FTC’s complaint against CBD Meds, Inc.; G2 Hemp, Inc.; and Lawrence Moses, a/k/a Lawrence D. Moses, Jr., the parties made claims including that CBD effectively treats, prevents, or mitigates serious diseases and conditions like artery blockage, cancer, glaucoma, autism, and schizophrenia, among many others. FTC said the products were also said to be scientifically proven when they were not. No financial penalty was indicated for CBD Meds.

EasyButter, LLC, also d/b/a HempmeCBD, and its owner and officer Michael Solomon, claimed the CBD products on its website could treat or cure ailments such as cancer-related symptoms, substance abuse, and AIDS. The complaint alleges Hempme CBD lacked the scientific substantiation for such health claims and falsely claimed to have studies showing CBD is effective at treating autism. The company were ordered to pay the FTC $36,254.

Reef Industries, Inc.; Cannatera, Inc.; AndHemp, Ltd., and the companies’ three principals, made unsubstantiated claims that CBD can prevent, cure, mitigate, or treat diseases including Alzheimer’s disease, arthritis, autoimmune disease, and irritable bowel syndrome. The complaint also alleges the respondents falsely claimed that studies or scientific research prove that CBD is effective at treating, curing, or mitigating these diseases and conditions. FTC required them to pay the FTC $85,000 .

According to the FTC’s complaint against Steves Distributing, LLC, d/b/a Steve’s Goods; and the company’s CEO Steven Taylor Schultheis, the company claimed its CBD and CBG products are effective alternatives to prescription medications and treat a wide range of diseases and serious health conditions, including Alzheimer’s disease, cancer, and diabetes. The complaint also alleges the company falsely claimed that its CBD and CBG products have antibacterial properties, prevent or reduce the risk of heart attacks, strokes, and other diseases, and that certain of these claims were supported by scientific evidence. The company was ordered to pay the FTC $75,000