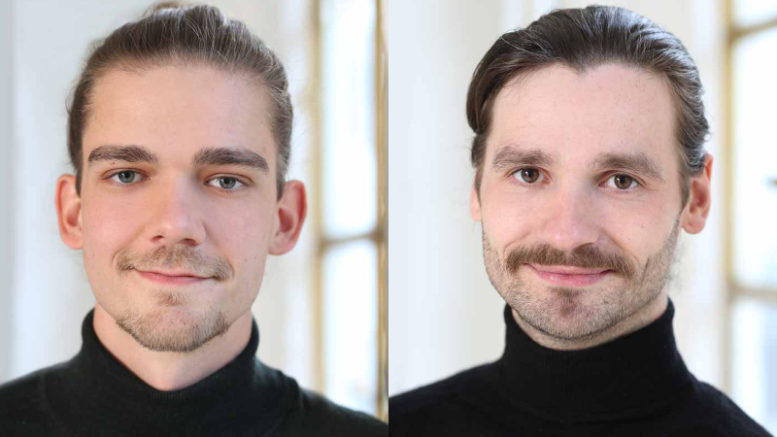 German startup HempConnect is entering an initial fundraising campaign as it continues to develop a suite of advanced Life Cycle Analysis (LCA) tools that collect and model carbon footprint data.

That data, which can be delivered to users up and down the hemp supply chain, is an important step in the process of quantifying and certifying carbon for credits, which can be sold.

The €75,000 grant will support the advancement of HempConnect’s proprietary carbon-tracking software as the company looks to raise money to rapidly commercialize its service, said Nando Knodel, co-founder and co-CEO.

HempConnect is the first hemp-focused German green-tech startup to receive such an early-stage public grant, which it earned “by promoting nothing else but vetted facts” about the hemp plant, Knodel said. “That is a very important sign and recognition for this crop and sector as an instrument towards a climate-neutral agricultural system in Germany,” he stressed.

Innovationsstarter is one of three complementary programs under Hamburgische Investitions-und Förderbank that helps promising enterprises at various stages of development through grants and venture capital. An initiative of Hamburg’s Authority for Economy and Innovation (BWI), Innovationsstarter is financed by the City of Hamburg and the European Regional Development Fund (ERDF).

The fund favors startups that address the United Nations’ goals for sustainable development.

Carbon credits can be a significant contributor to the business case for farmers, industrial-scale agricultural firms and farming cooperatives, said Tim Künzel, HempConnect’s other co-founder and co-CEO, noting that three years of research among farming operations convinced him of one thing: Few farmers or agricultural companies voluntarily integrate a new crop for ecological benefits if that crop isn’t at least as profitable as others they grow.

“We have constantly been on a search for that one USP (unique selling point) that gives hemp the macroeconomic leverage to advance from a niche to become one of the primary agricultural commodities of the future,” Künzel said.

While carbon credits from farming are not yet traded in Europe’s established Emissions Trading System (ETS), discussions at the EU level indicate that the ETS will eventually embrace agriculture by 2024. Until that time such carbon credits can be sold in private trading among individual entities.

As companies, especially those in big, polluting industries, look for effective ways to “decarbonize” their production and their products, many are able to manage their carbon emissions profile only by purchasing such carbon credits from other parties.

“We are convinced that carbon credits will be a significant currency, especially in agriculture,” Künzel said.

With a green-oriented coalition forming among major German political parties and the EU strongly promoting the European Green Deal, CO2 emissions are now in sharp focus, Knodel said. That presents a unique opportunity for industrial hemp, which is unrivaled in its ability to sequester carbon.

HempConnect’s carbon tracking system delivers precise data through a user-friendly interface. The carbon footprint is visible through a QR-code label, offering marketing opportunities to all supply chain actors by allowing them to communicate their investment in social responsibility.

HempConnect’s main business is in subscriptions to its LCA software. The company also offers consulting and media services, and is compiling research on such things as applications for biochar and soil improvement as it explores hemp’s potential in the context of Germany’s carbon reduction goals.

In addition to the Innovationsstarter grant, HempConnect’s fundraising initiative is underpinned by a listing with INVEST, a funding program by Germany’s Authority of Economy and Energy (BMWi) that provides acquisition and exit grants.

Under that program, business angels receive a tax-free refund of 20% on venture capital investments of €10,000 or more in support of start-ups. With any excess subsidy, taxes on profits from the investments can also be reimbursed as a lump sum.

HempConnect has already signed letters of intent with leading European hemp agriculture companies to serve as strategic partners in the process of making its LCA service market-ready.