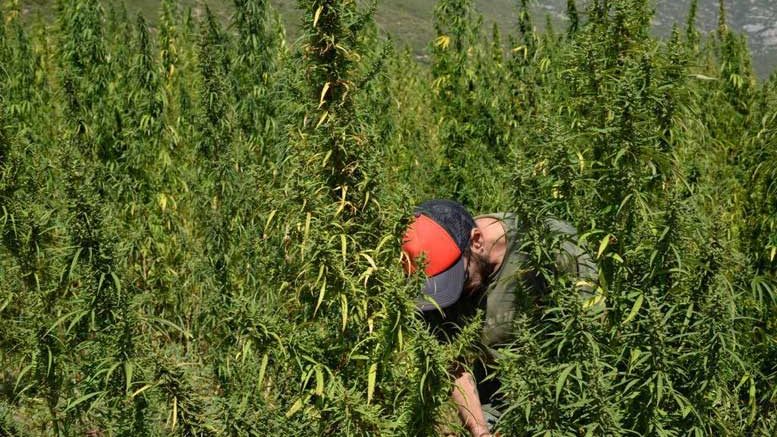 The Greek hemp industry continues to grow since it began five years ago. However, in the past year, there has been a crackdown on hemp farmers, producers, and consumers, Michalis Theodoropoulos, the President of Kannabio Hemp Cooperative told HempToday.

“The police during the past year have arrested producers, retailers, and customers of hemp products, the result of the incomplete and ambiguous legislation and due to misinterpretations of the law,” Theodoropoulos said.

One of the most profound cases involved Kannabio founding member, Serafeim Kandylas, who was arrested last June and charged with the possession of illegal substances. Kandylas was charged for being in possession of Kannabio’s packaged dried hemp flowers, hemp flour, hemp pasta, and hemp soap.

Bust is a bust

Similarly, Greek police in July announced they had destroyed 10,500 cannabis seedlings and detained the grower. The police statement said it was “the biggest cannabis plantation ever found in the country.” However, their joy was short-lived when it turned out the 3.5-hectare farm was actually a legal hemp cultivation.

Theodoropoulos believes the industry is in a transition period and that authorities and public servants are misinformed or confused. He says there’s a grey area legally when it comes to foods containing THC and also some CBD products. He believes the discussions by the European Food Safety Authority (EFSA) to register hemp flowers and CBD under the novel food legislation are part of the problem.

Despite the ongoing issues with the police, growth and positivity surround the industry in Greece where more than 30 hemp stores have opened during the past six months, according to Theodoropoulos. He also notes that hemp-based food, supplements, and cosmetics have been introduced to more mainstream retail shops .

Theodoropoulos thinks the current government has the political will to move things forward although the response by the state is often slow and rigid. He believes legislation is incomplete and that processing is being curtailed due to misinterpretations of the law.

Theodoropoulos believes hemp can play a key role in the future of Greece. ”It is a crop that can take us out of the economic crises and at the same time cater for the mismanaged agricultural land that has been fed with tons of chemicals for the last 50 years”

An activist who first got interested in hemp in 2004, inspired by Jack Herer’s famous work ‘The Emperor Wears No Clothes,’ Theodoropoulos said he was also inspired by Greek cannabis advocates and researchers Giorgis Economopoulos and Kleanthis Grivas.

Hemp was regulated in Greece in 2013 and following a three-year struggle the cooperative Kannabio was founded in 2016. “Hemp was decriminalized in 2013 but we had to wait and fight for three more years before we managed to set up the cooperative,” Theodoropoulos said. Kannabio was subsequently issued two of the first three cultivation licenses that were granted by Greek authorities in June 2016

Greece has a long history with cannabis and hemp dating back to ancient times. “Herodotus was one of the first to record its ritualistic use and many others like Galinos and Democritus researched its medical applications.” Theodoropoulos adds “Fiber, the seeds and the flowers were widely used in the ancient times for clothing, ropes, sails, food, lighting apparatus and medicine.”