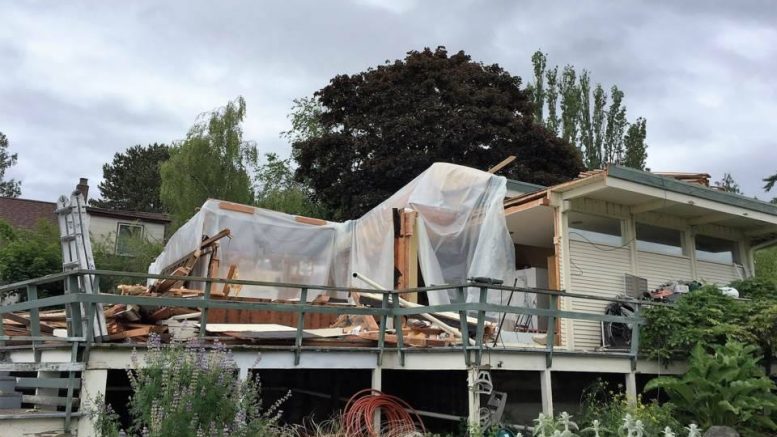 Persistence and a carefully-constructed network of global suppliers and experts has Highland Hemp House (HHH) founder Pamela Bosch on her way to finishing a dream. When all is said and done, Bosch will have completed the first-ever hempcrete retro-fit home in North America.

Having started stripping away the toxic layers from the walls of her 1970s-era traditional stick-frame Bellingham, Washington home this spring, Bosch will soon be replacing that material with a hempcrete mixture carefully sourced from suppliers and consultants in Europe. Hempcrete construction is scheduled to begin in August.

Just getting to the point where she could pick up a sledge hammer was an odyssey for Bosch, an artist, hemp activist and former teacher at Bellingham Technical College and Northwest Indian College, also of Bellingham. She spent four years attending workshops and doing research around Europe on hemp-based building, its history, techniques and modern-day applications. That outreach led her to Albert Dun, Dun Agro, Holland, who is supplying high-quality hurd for the project. Bosch visited Dun’s operations twice to see precisely how the hurd for her house would be grown, harvested and processed.

While attending the International Hemp Building Association’s (IHBA) annual Symposium in Germany two years ago, Bosch met long-time natural builder Wolf Jordan, a Brussels-based expert on the alchemy of hempcrete. His firm, Wolf Jordan & Associates, is advising on the HHH project and supplying proprietary additives for the hempcrete mix.

“We had no choice but to import these basic materials,” said Bosch, noting that very little hemp is processed for fiber in the USA’s nascent hemp industry – where most participants in government-managed hemp operations have focused on CBD production and seed processing for food.

Bosch said she is still considering a supplier for the lime that will go into her walls, which she expects to get in either the USA or Canada – based on specifications provided by Jordan & Associates.

“I’m sure they have as much lime as they need for hemp building in the United States,” said Jordan, whose company is based in Greenbizz.Brussels, an incubator that backs enterprises working toward sustainable solutions. 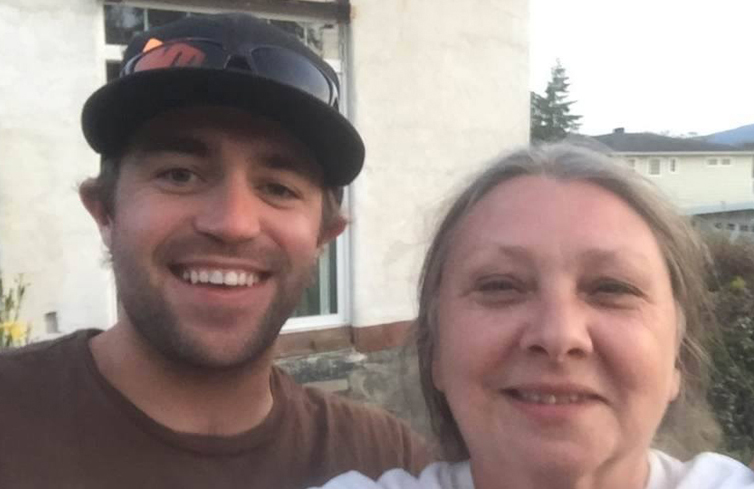 Pamela Bosch with Matthew Mead, Idaho, who is working on the HHH project

Bosch’s path to the required building permits was also a winding one, as she spent countless hours talking with construction firms, lawyers, building officials, environmental activists and legislators in an oft-delayed process. A month of phone conversations with officials at state and federal agencies was required to obtain a “letter of no objection” from the DEA to import the hemp hurd, Bosch said, in spite of the fact that federal Department of Justice policy clearly states that mature hemp stalks are not a controlled substance.

The delays ended when Bosch finally received the necessary paperwork from local building authorities this past spring — a milestone being celebrated at Highland Hemp House.

“Nobody accomplishes this kind of change on their own,” Bosch said. “A hempcrete house would not be built in Bellingham without the considerable support and encouragement our project got.”

Having been first to reach the building permit milestone, Bosch hopes the HHH project will inspire others to look into rebuilding their homes, to incorporate the many health and environmental benefits of hemp into their living spaces.

“The methods and materials for building with hemp and lime are not foreign to time honored building practices,” Bosch said. “But in contemporary North America it’s considered innovative.”

Meanwhile, A shipment containing the Dun Agro hurd and Wolf Jordan’s additives is on its way from Europe to Bellingham, Bosch said.

Looking beyond the pilot HHH prototype, Bosch has already had discussions with both Dun and Jordan on transfer of the knowledge and technology needed to expand hemp building domestically. Dun offers nearly two decades of experience in farming and processing at its operations in Oude Pekela, Holland, where the company turns out not only straw but raw material for foods, fiber for bio-composites as well as other applications. The company was also one of the first to develop specialized hemp harvesting equipment for bigger-size farms.

And Bosch has had discussions with Jordan about setting up production for his patented formulations and additives as well as a line of natural paints his company produces.

While the Highland Hemp House project will serve as prototype for other builders to observe, HHH is also a learning center for hemp building and advocacy and Bosch, a frequent international presenter on hemp construction, offers consulting, R&D and materials testing.

She’ll present a progress report on the HHH project in October during the IHBA Symposium, set for Oct. 17-18 in Montreal.