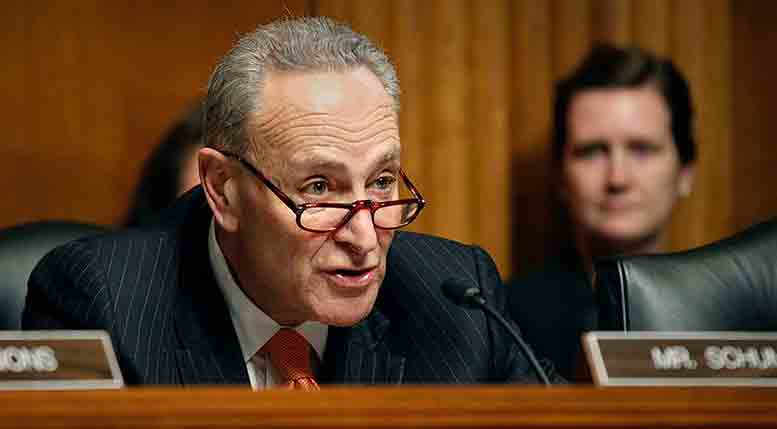 A U.S. senator has asked the Department of Agriculture to delay issuing final hemp rules under the 2018 Farm Bill until 2022, to delay costs associated with the new U.S. Domestic Hemp Production Program.

New York Sen. Charles Schumer called for the delay in a letter to the USDA last week. If implementation of the new rules is postponed, hemp growers and producers could continue to operate under the 2014 Farm Bill‘s pilot program. That would let them avoid what USDA estimates as $17,000 (€14,500) in compliance costs associated with the new rules.

Effect on other states

While Schumer is advocating for CBD interests in his home state, a federal delay could also give some financial relief to stakeholders in other states that currently operate under the 2014 Farm Bill.

“These costs do not just impact businesses across the United States but also state budgets that must alter their pilot programs to meet the demands of the Interim Final Rules,” Schumer wrote. “With bandwidth completely consumed by COVID concerns, the state regulatory agencies cannot focus on implementation of the Interim Final Rules. At this point, only 19 states have approved plans in place and enforcement efforts will deal a significant economic blow to the industry.”

Two industry organizations, the National Industrial Hemp Council and the National Association of State Departments of Agriculture also have written to Congress asking for a delay in implementing the new hemp rules.

The New York Cannabis Growers and Processors Association estimates that as many as 700 registered hemp farmers in that state could be negatively affected by the USDA’s new hemp rules. “The costs and bureaucracy of implementing the new rules as written create unnecessary financial burdens on farmers and our state agencies,” the Association said. “The existing hemp pilot program has been sufficient in making sure farmers are complaint with all testing and public safety protocols.”

While Schumer stressed market difficulties as a result of COVID-19 for the problems of New York hemp farmers and processors, the CBD market was saturated, with greatly depressed prices, even before the pandemic hit in full.

At least two initiatives to establish CBD operations have failed in New York this year. Great Eastern Hemp in the state’s Broome County has put up for sale a building it bought last year to process CBD, eight months after the company entered a $2.2 million deal to acquire the property. That failure followed cancellation earlier this past spring of plans by Southern Tier Hemp to develop a facility in the same part of the state.

“There’s enough manufacturing and processing now to satisfy the market,” Great Eastern Hemp spokesman Brian Haynes told the Binghamton Press & Sun-Bulletin. “You can buy extracted, high-quality product cheaper than you can manufacture it.”

“Regulating this rapidly-emerging industry is a must, but the timing of new regulations is important and the current economic crisis must be considered,” Schumer said in the letter to USDA, describing hemp as an “indispensable crop in New York’s agricultural future.”