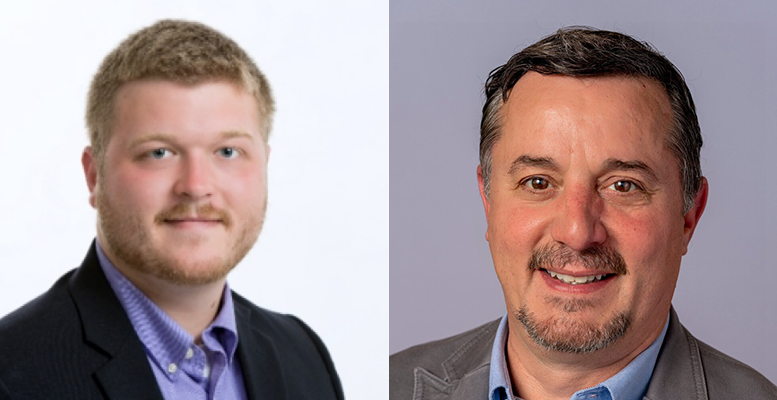 Tate Hall, Kentucky HIA President, and Joe Kirkpatrick, Tennessee, who resigned from the HIA national board.

Leaders of state chapters in the U.S. Hemp Industries Association (HIA) say they are exploring legal options after the organization’s national office voted to close them down.

HIA’s board of directors voted last week to shutter its network of local chapters after chapter representatives in the organization’s network complained they had not received funds owed them by the national headquarters.

“State chapters are exploring options due to the HIA breach of the state chapter contractual agreement, fiduciary duty, and possible misappropriation of funds,” the chapters said this week in a joint statement. “Options include forcing the resignation of the current board of directors, legal action under California law or per HIA bylaws, and pursuing a two-thirds vote of the membership to restructure the board of directors and bylaws in democratic fashion, to ensure state representation and accountability” from the national office.

“We built this organization through volunteers and doing something we believed in. Now, we’ve been put on an island,” said Joe Kirkpatrick, a national board member from Tennessee HIA, who stepped down immediately after the vote to close the chapters. “They’re trying to bale water from a sinking ship,” Kirkpatrick said of the board’s approach to its financial problems.

Kirkpatrick criticized HIA for a bloated administrative budget and poor fiscal practices. “How can an association have a $300,000 payroll and expensive marketing services in an industry that’s had, what, 18 months of profit?” he said. “I don’t understand that.”

Kirkpatrick is a key player on the hemp scene in Tennessee, which boasts more than 400 members in its state organization. A hemp farmer, he has been chief hemp lobbyist in Tennessee since 2016, and served as President of the state’s HIA chapter from 2017 to 2019, the same year he was honored as “Advocate of the Year” by the national HIA. He is also CEO of the Tennessee Growers Coalition, Tennessee’s hemp political action committee, and led a legislative team that worked on the state’s hemp regulations.

“We were counting on this revenue to begin our operations,” said Larry Serbin, California HIA President, who was the Association’s national president in 2016-2017: “This has hindered our progress on such things as hiring an executive director, creating a web page and, most importantly, helping farmers, businesses and individuals within our California hemp industry.”

“The state chapters remain committed to working collaboratively and democratically to build a more accountable and transparent HIA that serves the primary interests of our members,” Serbin added.

While HIA’s problems became public only this spring, the chapters say they started late last year to ask questions about accounting discrepancies and lack of disclosure of financial documentation. HIA is required to disclose its finances to members under laws governing non-profits in California, where the Association is registered, the chapters contend.

In a conference call May 13, HIA President Rick Trojan informed the chapters that the national organization was in danger of going bankrupt, and that quarterly disbursements to the states would be delayed.

The chapters say HIA failed to respond to the request before eventually closing them down in a 5-4 vote among board members last week. By failing to give proper notice for delaying the payments owed the state organizations, HIA violated terms that govern its cooperation with the states, the chapters allege.

Who voted for what?

Two of the five votes cast to dismantle the chapters came from Tim Gordon of Functional Remedies (Colorado), and Todd Runestad, New Hope Network & Natural Products Insider, both of whom were named to their positions at the end of June, in the midst of the conflict between the chapters and the national HIA. The Association also named a new executive director, Jody McGinness, around that time.

It is unclear if Steve Smith, Pet Releaf, Colorado, who is listed as a board member on the HIA website, abstained from voting or was absent from last week’s meeting.

Under an agreement struck when the chapter system was set up, HIA’s national office was to collect membership fees and disburse half of that money back to the states where those memberships originated. From 2015 to 2018, the HIA grew from around 300 to over 1,500 members – a number it promotes on its website; membership fees across ten categories range from $100 for “supporter” members to $8,100 for a “business level 8” membership. Chapter representatives estimated total income from the 1,500 memberships at $700,000 to $1 million. That income, the chapters say, was due primarily to membership recruitment by the state organizations.

Kentucky HIA President Tate Hall said of the board’s move to close the state chapters: “This is a gut punch. I’m in utter disbelief that national HIA disbanded Kentucky’s and other state chapters’ programs due to the budget mismanagement of a few national board members. It makes us pretty sad in Kentucky, as we always had a good relationship with national. We were one of the first chapters that got going and helped build their membership,” said Hall. “It’s a slap in face to every chapter that’s worked so hard to build up the organization.”

“After 28 years, seeing them steamroll the state chapters and basically take all of the money that has driven the HIA for the last several years – I have never seen anything like it,” said Chris Boucher, California HIA vice president and an original founder of the Association in 1994. “It’s almost unbelievable.”