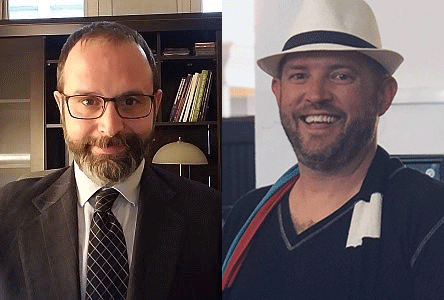 The U.S. Hemp Industries Association (HIA) has abandoned its chapter network two months after a group of state chapter leaders complained they had not received funds owed them by the national organization.

The group’s national board is reported to have voted Wednesday to close the chapters, wiping out a total of 13 state organizations that were in the Association’s structure. One board member reportedly resigned as a result of the decision.

National President Rick Trojan and one board member contacted by HempToday referred inquiries to Jody McGinness, HIA executive director , who was unavailable for comment this morning.

The move comes after Trojan, newly installed as president this past spring, told the state chapters in May that HIA had money problems and was on the verge of becoming insolvent, prompting the local chapters to request the group’s financial records.

HIA had been collecting all Association membership dues, and made regular disbursements back to the states from which those members signed up. Trojan told the chapters in May that Q1 2020 payouts would be delayed to July.

In a draft letter addressed to the board of directors in late May, and obtained by HempToday, 14 chapters requested a “formal forensic audit” of the group’s finances, and sought immediate payment of the past due amounts owed them.

HIA’s response was to issue a “Request to Access to Hemp Industries Association Records” form for the chapters to submit if they wanted to see the association’s finances — five pages of legalistic boilerplate with clauses on “non-disparagement,” “duty of confidentiality,” and other onerous terms which some chapters perceived as an attempt at stonewalling.

Since then, HIA has blamed the COVID-19 pandemic for its financial problems. “As we navigate the unprecedented crisis impacting all of us, it is crucial to take stock of how the organization functions relative to the reality of the marketplace,” McGinness, who is also new to HIA, told the U.S.-based website Hemp Industry Daily yesterday.

McGinness had implied as late as this week that the Association would continue with the chapter-based structure. “We’ve got great chapters that are doing excellent work in a number of states and we look forward to continuing to partner with them,” he told Hemp Industry Daily July 14.

Prior to that, HIA in mid-June 2020 gave no indication it was considering abandoning its state chapters. “HIA is fortunate to be able to partner with dedicated and talented state chapter leaders to address the near-term challenges of the organization and to ensure the long-term advancement of the U.S. hemp industries,” Trojan wrote in comments sent to HempToday after the financial problems came to light.

HIA has been in turmoil for the past year. The Association leadership made an abrupt change in March when then-president Joy Beckerman, HIA’s 2019 “Lifetime Achievement” honoree, parted ways with the group. While HIA had said it reached agreement with Beckerman to step down, she later disputed that any such arrangement was made. Also, the group went seven months without an executive director following the departure late last year of Colleen Keahey Lanier, now replaced by McGinness.

HIA so far has not said whether it intends to pay the money it owes the chapters or if the closing of the chapters eliminates those debts.