Founder Rick Trojan reflects on his travels throughout the USA on Hemp Road Trip, an initiative aimed at educating businesses, legislators and citizens on the benefits of cannabis and hemp. 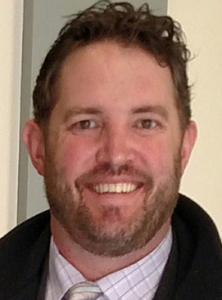 By Rick Trojan | Special to HempToday

It’s been an incredible journey for the last year and a half. What began as an attempt to make industrial hemp an issue in the 2016 U.S. presidential campaign, our Hemp Road Trip just wrapped up its fourth nationwide campaign, Spring Tour 2017. We’ve already passed through 48 states, including all of those that have passed hemp legislation.

Fed up, worn down

As we toured the country this spring, it became clear to us that people are either becoming more aware of hemp, or are at least more and more open to being educated. But after shaking hands and having honest, frank talks with folks all over the country, here’s what we’ve come to understand: People are fed up and worn down. Farmers are getting squeezed as the price of seed and inputs increase while the amount they get paid on output decreases. People are getting sick, and stories of medical bankruptcies seem rampant. Folks are numbing themselves with prescription drugs at an alarming rate, often becoming addicted to prescription “medication.”

Yet for all the strife and squabbling, people remain hopeful. And they are awakened in a more meaningful way than when we began in January 2016.

As we advocated at stops in state capitals across the nation, we found that hemp – unlike most other topics – is not a partisan or party issue. It plays well with Republicans, Democrats, Libertarians, Greens and Independents alike. Anyway, it’s not difficult to counter any objections, be they moral or legal. You could say hemp provides more than 30,000 counter arguments – the same number of applications this amazing plant gives us.

On the road, we found that the discussion has moved past “hemp is not a drug,” and on to “here’s how hemp can positively impact our lives and our planet.” That’s real progress.

Thanks to Information Age tools, we’re empowered to conduct our own research, to think more critically and to think for ourselves. This has led us to the realization that what we’ve been told about cannabis and hemp in the past may not always be the truth, and that sometimes we’ve been intentionally lied to. But in the end, it comes down to this: Considering the many proven benefits of hemp, why wouldn’t the government want to do everything in its power to advance the industry?

Hemp is applicable to nearly everything we consume. Nearly everything that comes from petroleum, corn, cotton or timber can also be made from industrial hemp. To underscore all #hempCAN do, we’ve coined a new acronym – H.E.M.P: H – Health; E – Energy; M – Manufacturing; P – Planet

Hemp is creating thousands of companies and tens of thousands of jobs nationwide – from small bakers to pharmaceutical-grade dietary supplement manufacturers, and everything in between. No matter what side folks identify with, everyone can identify with jobs, the revival of domestic manufacturing, investment in America and opportunities for Americans. Hemp truly can make America great again.

UniSeeds Inc. of Ontario is to distribute Silesia, a new dual-cropping hemp variety, under an agreement with InnoTech Alberta. InnoTech said the variety has been…