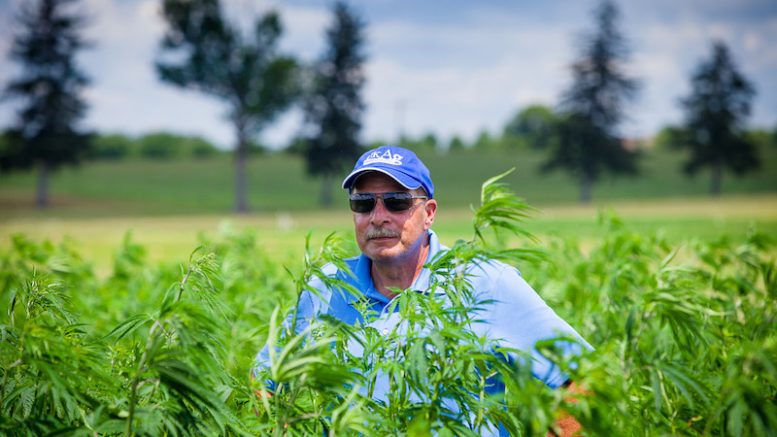 Hemp trials conducted in Kentucky last year were “very successful,” said David Williams, agronomy professor at the University of Kentucky (UK), which supervised the studies. The research, made public last week, is under UK’s College of Agriculture, Food and Environment, and is supervised by the state’s Department of Agriculture.

This is the second round of hemp trials in Kentucky and included varieties that could be used in such products as hemp­-based building materials, biocomposites and cannabidiol, which has health and medical applications.

One of the more interesting aspects of UK’s 2015 research looked at hemp’s potential for yielding both straw and seeds from the same plant. Hemp’s promise for such dual­-purpose yields has long been touted by the crop’s proponents.

Straw is the main component in hempcrete, a light, high-­performance “green” building material that is rapidly gaining popularity in some parts of Europe. It is also used in biocomposites, with markets among carmakers and other industries that use light, strong plastics. Seeds can be processed as food for humans and animals or cleaned and resold for cultivation.

While the research team’s dual­-purpose crop suffered from late planting last year, the studies of these hemp varieties reported that “grain yields… were at or above historical grain yield averages,” while noting that straw yields among the tested varieties were “significantly different.”

That report also points to the need to research hemp varieties from different latitudes to find the dual­-purpose seeds that will result in the best yields in Kentucky’s climate.

“Data from some of the trials was certainly affected by late planting so they don’t reflect optimal production,” Williams said of the overall 2015 research. And he cautioned that the reports are considered preliminary as hard conclusions from agronomic research are generally based on results from at least two growing seasons.

Releasing the reports, in part, aims to “provide other researchers the opportunity to consider conducting similar trials to corroborate or challenge these conclusions,” Williams said, noting the “strong interest within the evolving U.S. hemp industry to move forward with science-­based research.”

The delays in planting for the study were caused by a rainy spring and holdups importing seed from abroad, Williams said. Both Kentucky and Tennessee suffered shipping delays last year as those two states worked with the Drug Enforcement Agency to smooth out the import process.

“The delays were due to the involvement of multiple entities and the inherent complexities of importing live plant propagules,” Williams said, noting also the complexities often involved in importing other non-­DEA regulated species into the U.S., such as flax. “The DEA has been very cooperative in our work,” Williams said. “Personally, I am very appreciative of the cooperation with the DEA to date.”

Kentucky is one of many states in the USA where stakeholders are quickly preparing the agricultural, technical and legal frameworks necessary to create thriving hemp businesses in anticipation of hemp being removed from the DEA’s list of dangerous drugs, the key barrier to the industry’s development.