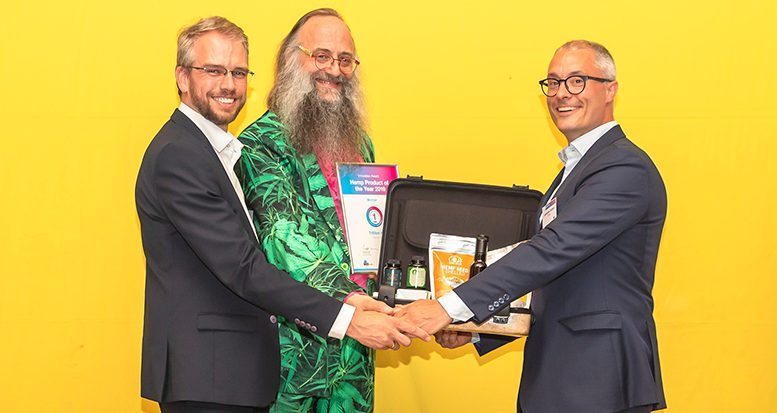 Swedish biocomposites developer Trifilon picked up the first prize in this year’s European Industrial Hemp Association (EIHA) “Product of the Year” innovation awards program for a trolly case made of BioLite, a newly developed polypropylene reinforced with 30% hemp fibers.

The awards, sponsored by Holland-based HempFlax, were handed out earlier this month at the EIHA’s 16th annual international conference held in Cologne. The honors were judged by conference delegates who voted from a list of pre-selected nominees who presented their entries during the event. More than 400 stakeholders attended this year’s EIHA conference, a record number.

The award-winning BioLite material was developed by Trifilon researchers in their efforts to find a recyclable carbon fiber. Widely used in aerospace, motorsports, military and civil engineering, traditional carbon fiber brings advantages of high stiffness, high tensile strength, and low weight, but is energy intensive to produce and difficult to recycle. Trifilon researchers, looking for advantages in organic, renewable feedstock, introduced hemp as a reinforcer in the material. Due to the low density of hemp fibers, such new hybrid composites are as strong and often lighter than those they replaced in the material.

Based on granulate feed stock, BioLite can be used in standard injection molding machines. In addition to luggage, the material can be used to make such things as automotive components, clothing hangers, kitchen containers, cosmetics packaging and other consumer goods.

Hemptouch Balancing Face Cream is formulated for blemished and acne-prone skin, one of the biggest segments in skin care industry. The product is being marketed as an alternative to over the counter medicine.