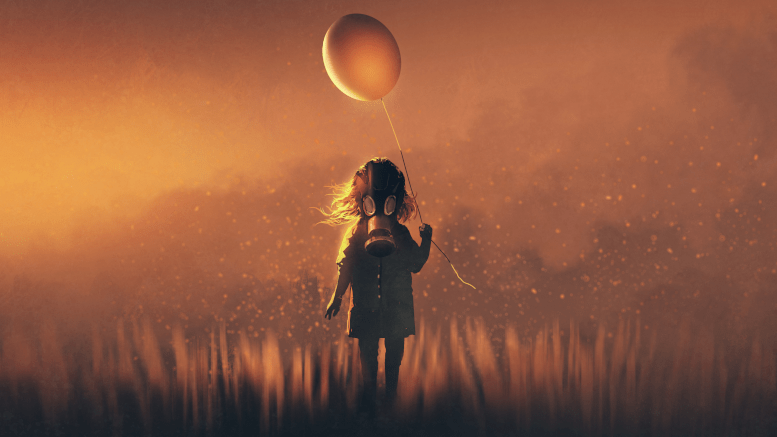 Legislation limiting industrial hemp in Oregon or anywhere else is a win for fossil fuels, nuclear energy and the military-industrial complex. Such mistakes will lead us all to inevitable global extinction.

Time is running out for mankind to make any meaningful difference in healing Earth’s atmosphere. Political mismanagement in Oregon and elsewhere couldn’t be more clueless to the significance of hemp as a federally recognized, critically “strategic resource” identified in Executive Orders signed by seven American presidents. Obviously, if Cannabis is a “strategic resource” in the US, then it’s strategic for every nation.

“Essential military and civilian demand” is an accelerated U.S. federal emergency preparedness protocol that needs to be globalized. Executive Orders 12919 and 13603 (Clinton, Obama) identify “essential demand” for “strategic resources” as part of a coordinated military and civilian response to national security and global security threats. Climate change is both.

“Essential military and civilian demand” for the “strategic” “herb bearing seed” “of first necessity to the wealth and protection of the country” and planet is urgently needed to overcome a prohibitionist approach focused on raising revenue for law enforcement while blocking essential environmental services unique to Cannabis.

Any regulation or legislation that limits hemp production, rather than facilitating and encouraging it is counter-productive to regeneration of Earth’s environmental balance.

The most effective way to eliminate criminal enterprise in the Cannabis industry is to end government imposed scarcity that’s creating the black market. Producing industrial hemp for seed on every farm and in every home garden will make it impossible to grow seedless flowers outdoors on an industrial scale. The price for sinsemilla flower will go up for growers who are able to time their harvest and or screen pollen effectively. The market for seeded flowers will develop and law enforcement can concentrate on keeping the peace instead of destroying strategic crops for no good reason.

Open pollination of hemp is incredibly important for natural systems including bees and bats. Both are experiencing population collapse right now.

Mankind is far beyond its rightful authority in legislating scarcity of a unique and essential natural resource that other species also depend on for their health, evolution and survival.

Homo-centric inefficiency of time and resources on a dying planet is as obscene as it is tragic. The absence of logic is absolute. Manipulation of the so-called “free market” is shameless, blatant and grievous. Our children will pay for our failure to prioritize the threat of UV-B radiation over the fraudulent hysteria surrounding THC and other endogenously-beneficial cannabinoids.

To begin with, if you’re not growing hemp to produce seed to eat, then you are food insecure. Whatever you depend upon for complete nutrition now, may or may not grow in ten years. Or three.

Conditions of UV-B radiation, global temperatures, weather patterns, global supply chains, and the human social order are all degenerating into the”cascading systems failures” and “non-linear extinction level events” we’ve been warned about for years, by the Intergovernmental Panel on Climate Change. Irreversible systemic collapse is imminent, and humans are still limiting production of the only crop capable of healing Earth’s atmosphere, soil, water, air and wildlife.

Dead zones in the ocean are growing. “Indicator species” populations have been crashing for decades, yet people are still distracted, hypnotizee, misinformed and misled by corrupt institutions manipulating mainstream media, using fear to herd people into “compliance.” Compliance is defeat!

“Power concedes nothing without a demand. It never has and it never will.” ~ Frederick Douglass, Freeman & abolitionist, 1857

Cannabis is the only crop that produces complete nutrition and clean energy from the same organic harvest. That means growing our energy can improve food security and nutrition. That fact elevates the right to grow Cannabis beyond the moral accountability of any court.

Any regulation or legislation that limits hemp production, rather than facilitating and encouraging it is counter-productive to regeneration of Earth’s environmental balance, and reduces the chances of survival for all life on this planet.

Elevated intensity and frequency of extreme solar UV-B radiation reaching the surface of the planet is increasing the solubility of mercury, arsenic and selenium compounds out of aqueous solution. Global toxification of the Earth’s hydrology has already begun. Immune suppression, abnormal cell division, genetic mutation, reduced harvests, increased materials degeneration, cauterization of soil microbiology, and soil dehydration are just some of the symptoms of systemic imbalance resulting from increasing “UV-Broiling.”

Time is the limiting factor in the equation of survival. Cannabis is mankind’s functional interface with the Natural Order. The amount of time it takes for humankind to understand why those are true will determine the quality of life on Earth for everyone’s children.

Paul J. von Hartmann, founder of the California Cannabis Ministry, is an international cannabis scholar, photojournalist and filmmaker. He is the author of Cannabis vs. Climate Change (2014), and the founder of Project P.E.A.C.E. – Planet Ecology Advancing Conscious Evolution, Energy & Economics