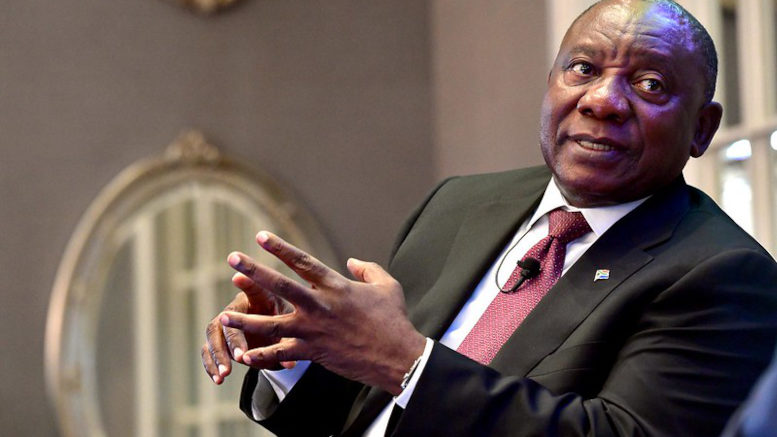 South African cannabis supporters have welcomed a pledge by President Cyril Ramaphosa to back the hemp and marijuana industries, but say they’ve so far been left on the sidelines as the country develops policies for the sectors.

Ramaphosa used his annual state of the union address last week to announce the government intends to overhaul the country’s regulatory process to tap the economic development potential of the cannabis industries.

“We want to harness this so we can release and unleash the energy of our ordinary farmers,” the President said in one of the most high-profile pronouncements ever about cannabis by a government official in South Africa.

But Gareth Prince, Chairman of the Cannabis Development Council of South Africa said while he is heartened by the president’s comments, the government so far has failed to include the perspective of those very farmers he talks about – small indigenous growers – as it pursues a strategy primarily based on medical marijuana and exports, under the influence of foreign corporations.

“Our legislative process requires specifically public participation, and that has been lacking,” said Prince. “We stress that any development that is not centered around indigenous dagga and people is bound not to be sustainable,” he told the television channel Newzroom Afrika, “And we cannot allow ourselves to be dominated by foreign voices when it comes to the issue of cannabis.”

So far the government has not presented a coherent plan for the industrialization and commercialization of cannabis, Prince noted. “But the cannabis community does have a plan, and we can’t be left behind.”

In addition to supporting small agriculture operations, Prince said the government should also emphasize the use and development of cannabis varieties native to South Africa as opposed to broadly importing genetics from other parts of the world.

In a speech which at points raised some commotion among lawmakers attending, Ramaphosa said “This natural product which our people have been farming and harvesting for a number of purposes is now going to be industrialized, and no longer just being resorted to the smoke process.

“Many countries around the world have already advanced to higher levels. Our immediate neighbor Lesotho has moved ahead on the industrialization of cannabis in leaps and bounds. And the products that are to be eeked out of hemp and cannabis are in great demand around the world,” the President said.

“Our people in the Eastern Cape, KwaZulu-Natal and elsewhere are ready to farm with this age-old commodity and bring it to market in new and innovative forms.”

South Africa laid out a draft National Cannabis Master Plan (NCMP) in April 2021 as part of the Ramaphosa government’s “Re-imagined Industrial Strategy.” The plan suggests that charting the proper course for the industry can lift up small-scale growers from poverty-stricken areas, and sets out eight pillars necessary to support the emerging legal cannabis economy by focusing on public-private sector partnerships.

Release of the master plan followed the government’s rescheduling of CBD and THC in May 2020 through the amendment of previous drug laws, and exemption of industrial hemp from medical control under a 0.2% THC limit. Hemp advocates in South Africa have said that is too low due to the country’s climate, which is likely to push hemp plants beyond that limit. Other rules are yet to be written.

Though having a hemp program since 1999, South Africa has failed to make needed amendments to the laws or establish any meaningful hemp industry, with the police often persecuting indigenous cannabis growers.

“Instead of sending South Africans to jail, we need to put them to work around cannabis so the conversation can change away from recreational cannabis and towards job creation, and the eradication of poverty, desperation and hopelessness,” Prince said.