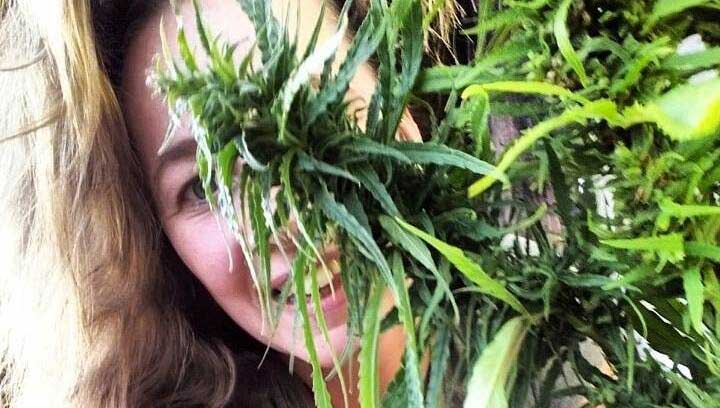 Activist Pippa Clare Byrne is clarifying a bit of history on Isle of Man while launching the “Manx Hemp Campaign,” an effort to reintroduce hemp cultivation to the island, situated in the Irish Sea between Ireland and England.

While some officials told her hemp was never grown on the Isle of Man, a self-governing British Crown dependency, Byrne believes there is evidence to the contrary found in local literature, including a reference in “The Dictionary of Manx Place Names.”

What’s in a name

Manx is a term used to describe the people of the Isle of Man collectively and is also the name of the Celtic language once spoken on the island.

“The Island’s fishing community was dependent on the production of hemp as it was the essential material for weaving nets and making sails,” Byrne said. She believes hemp was also used for clothing, roofing, and other applications on the island down through its rich and unique history.

Byrne is relatively new to hemp, having just learned of the plant over a year ago. However, she is already making serious strides. In the past year, she has undertaken research and spoken to local officials to develop a plan to advance hemp farming.

“I had no idea when I started research into this plant that six months after I would be managing the Manx Hemp Campaign,” Byrne said.

As part of her research, she spent a week helping out at Hempen, an organic hemp farming co-operative in Oxfordshire. “I truly valued my time there and learned a lot more about the crop well as gaining valuable hands-on experience,” Byrne said. “I had never been in a hemp field before.”

Her initial plan was to lobby for legislation that would allow for cultivation. But after talks with a local official, it became apparent no legislative change is required.

“All that was needed was a licensing framework to be set up by the Department of Environment, Food & Agriculture,” Byrne said. The Manx Hemp Campaign hopes to play a role in shaping those regulations.

While there is currently no hemp grown on the island, Byrne is confident that ongoing talks between government officials and the Manx Hemp Campaign will bear fruit. “We are hopeful to be given a license so we can do a test crop next year,” she said.

Byrne believes something has to change as many farmers are being forced to sell their farms and move; she thinks hemp can help the island retain them.

“The current state of Manx farming is poor and farmers are looking to diversify. Meat prices were up to 30% less than the UK price and many farmers resorted to live animal exports,” she noted.

Recently Byrne and her friend Valerie Miller also set up “Mother CBD,” a business which sells a range of products.

“We are the islands first purveyors of high quality CBD products,” Byrne said. “We have our sights set firmly on only using Manx grown hemp in the near future.”