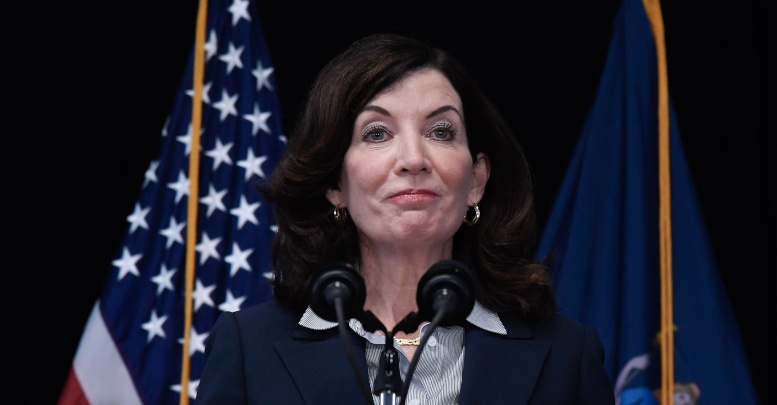 Some New York hemp farmers will be licensed to grow marijuana for two years under a bill signed by Gov. Kathy Hochul this week.

State officials say they are setting up a conditional marijuana licensing program for hemp growers to ensure there will be sufficient supplies for the state’s recreational market.

New York legalized recreational marijuana last year but the state so far has not issued licenses for production.

Under provisions in the bill, the two-year permits would allow hemp farmers to grow marijuana on one acre (43,560 sq. ft.) outdoors or set up greenhouse operations of 25,000 sq. ft. lit by a maximum 20 grow lights. They can also combine outdoor and indoor grows with a maximum total canopy of 30,000 sq. ft. as long as the indoor canopy remains under 20,000 sq. ft.

The conditional license also allows producers to process and distribute marijuana flower products through June 1, 2023 without having licenses for those activities.

State officials said the New York Office of Cannabis Management (OCM) is now developing a program for the conditional licenses, and plans to begin accepting applications as soon as possible.

According to the OCM, to qualify for a conditional marijuana license, applicants must have participated in the state Department of Agriculture’s industrial hemp research program for at least two of the four years before that program ended Dec. 31, 2021.

Licensees must also participate in a mentorship program for minority farmers through which training will be offered in cannabis cultivation and processing, and meet sustainability requirements that ensure their cannabis crops are grown in an environmentally friendly way.

Recreational marijuana was legalized in 2021 by New York’s Marijuana Regulation and Taxation Act, but no production licenses for that sector of the state’s cannabis market have been issued yet.

Under recently expanded eligibility rules for New York’s medical marijuana program, patients can now be certified for treatment, and prescriptions may be issued by doctors and other practitioners including dentists, podiatrists and midwives.