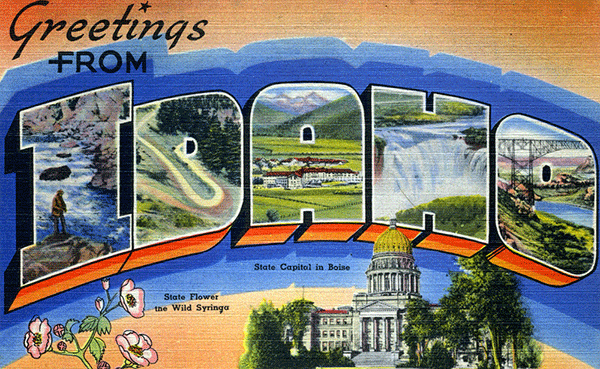 Idaho appears to be near the finish line in establishing a hemp program, coming in dead last.

State legislators in the House of Representatives voted this week in favor of a bill that would authorize farming, processing, transport and research of industrial hemp. If the state’s Senate passes the bill, the Industrial Hemp Research and Development Act, it would mean all 50 U.S. states now have hemp programs of one form or another.

As the Idaho bill moves to the State Senate, supporters said they hope it will settle years of debate about how to allow for hemp production while managing concerns about marijuana. In an obvious sop to opponents, hemp would still be considered a Schedule I drug under the proposed law, but licenses would be granted for the handling of plants and material that stay within the federal THC limit for industrial hemp of 0.3%.

“Our first goal is to legalize the production of industrial hemp in the state. Second, our goal is to maintain a strong and enforceable drug policy; and third, to work to ensure all stakeholders are comfortable with the proposal that we’ve developed,” Braden Jensen, a lobbyist for the Idaho Farm Bureau Federation, said as the bill moved from a House committee to eventual passage by the lower chamber.

Idaho is the only U.S. state without a hemp program after a wave of states raced to enact laws and regulations following passage of the 2018 Farm Bill that legalized hemp federally. While some states started growing hemp in the USA under a federal pilot program established by the 2014 Farm Bill, passage of the 2018 bill spurred fast developments starting in early 2019. Some state programs still operate under rules in the original 2014 pilot program while others have already had their state programs approved by the U.S. Department of Agriculture.

Under the proposed measure in Idaho, House Bill 126, the state’s Department of Agriculture would be required to draft a plan compliant with federal law by Sept. 1. That plan would set licensing requirements for all hemp-related business activities and establish an Industrial Hemp Administration Fund of $150,000 for a program manager and operations. Timing of the measure would not allow for an industrial hemp growing season this summer.

The bill would amend Idaho’s list of controlled substances to differentiate between hemp and marijuana, but hemp would still be considered a Schedule I narcotic. Only licensed farmers, haulers and processors could handle the plant.

With Idaho’s current law making no distinction between industrial hemp and marijuana, truck drivers hauling hemp through the state have been arrested and threatened with drug trafficking charges and prison terms.

With a licensing program in place, producers and transporters would be safe handling crops up to 0.3% THC. But if they’re found with material exceeding that limit, they “may be subject to criminal penalties for marijuana,” according to the bill, which proposes first-time violations be fined up to $150, with second violations capped at $300. Violating the law three or more times within five years could bring a fine of up to $1,000 and jail time.

Reflecting the sensitivity to anti-marijuana concerns in the state, nearly 15 pages in the 18-page bill are dedicated to such topics as “narcotics” and “paraphernalia,” and long lists itemizing and defining narcotics drugs.

Legislative attempts to legalize hemp in Idaho have repeatedly failed due to pushback from law enforcement groups. Last year, hemp legislation passed first in the Idaho Senate but was killed in the House after anti-marijuana activists warned that the bill would open the door to a “marijuana-hemp culture” in the state.

South Dakota was the 48th state to get started in industrial hemp, launching a program in spring 2020; Mississippi, at 49th, followed last summer.

Federal officials last month approved an application by the Nez Perce Tribe, whose sovereign lands are in Idaho, to regulate their own hemp production. A total of 48 tribes are reported to have federally approved hemp programs in place across the USA.