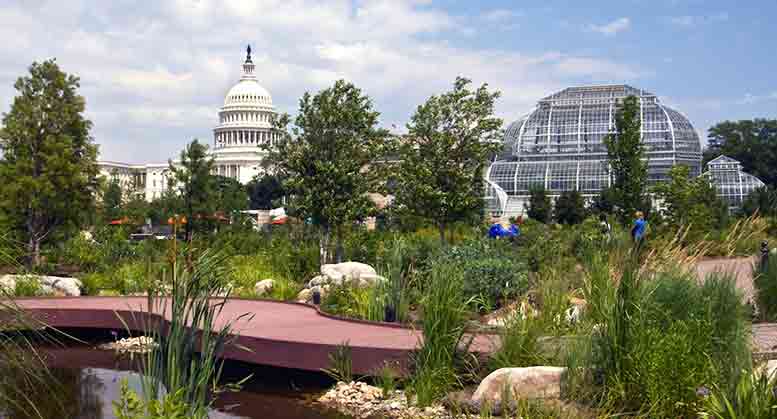 Three lawmakers have written a letter requesting the U.S. Botanic Garden install a display of hemp plants. If approved, it would be the first first appearance of cannabis in any form in the federal collection of plant species.

“Given that hemp is legal and enjoys national, bipartisan support, now is an appropriate time for the Botanic Garden to display hemp plants,” according to the letter, which was signed by Reps. Eleanor Holmes Norton (DC), Barbara Lee (California), and Earl Blumenauer (Oregon), all Democrats. Blumenauer and Lee are members of the Congressional Cannabis Caucus, which advances cannabis interests in the U.S. Congress. The letter was addressed to Saharah Moon Chapotin, the Botanic Garden’s Executive Director.

The Garden, which dates to the early 1800s, is managed by the Architect of the Capitol, who is responsible for maintaining the grounds of the United States Capitol complex.