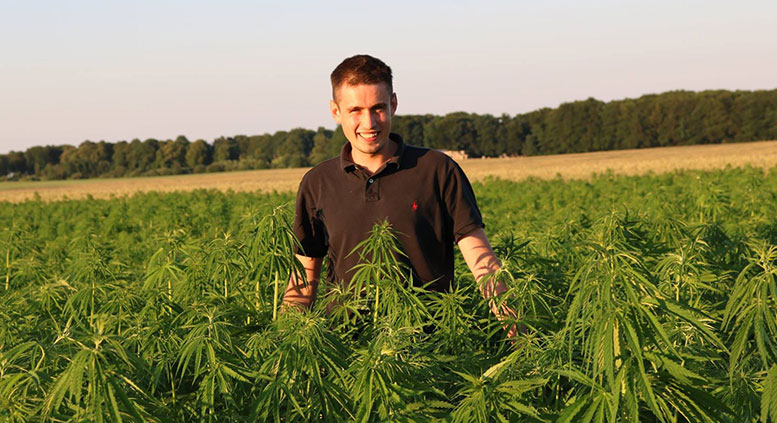 Polish farmers planting popular hemp seed variety FINOLA would be disqualified from farming subsidies if a recent ruling by agriculture officials is allowed to stand. In a statement posted Wednesday, March 10, Poland’s Agency for Restructuring and Modernization of Agriculture (ARiMR) said supports for farmers planting FINOLA this year would be blocked because the variety was found to be above the European limit of 0.2% THC in tests over the past two years.

“The controls of the tetrahydrocannabinol (THC) content in hemp crops carried out by the ARiMR showed that in the case of FINOLA hemp grown in Poland in 2019-2020, the average THC content exceeded the EU limit of 0.2%,” the Ministry wrote in a bulletin about the ruling.

In an open letter to the ARiMR and the Ministry of Agriculture and Rural Development the same day the notice was posted, a group of a dozen or so Polish farmers said over-the-limit THC results in FINOLA plants are due to incorrect timing and other flaws in THC tests carried out by ARiMR.

FINOLA matures earlier than other varieties of hemp commonly sown in Poland, the farmers pointed out in the highly detailed letter that took ARiMR officials to task for failing to understand how hemp varieties grow, and how they should be tested. Different hemp varieties mature at different rates, the farmers stressed in the letter, and FINOLA is quick to flower.

“In the case of Finola, the inspection should in most cases be carried out by mid-July. For other varieties of cannabis cultivated in Poland, the control dates are completely different,” Tomasz Jawor of hemp producer Agrohemp, the author of the letter on behalf of the farmer group, told HempToday. Most hemp varieties grown in Poland do not flower until August, Jawor noted; FINOLA plants left in the field that long risk going over the 0.2% THC limit, as the ARiMR’s flawed tests have apparently shown.

Jawor said late tests by auditors have led farmers to be flagged for violations in past years; farmers have not pushed back on the test results in the courts, resulting in the black mark against FINOLA in Polish agricultural reporting.

While the ARiMR said FINOLA fields will not be eligible for direct subsidies or EU Rural Development Programme funds, FINOLA seeds may still be planted, and the manner in which the variety is treated in Polish seed regulations remains unchanged.

“Currently, there is no reason to start work on the introduction of a possible ban on the marketing of FINOLA hemp seed,” the ARiMR statement says. “The European Commission has not issued a decision authorizing Poland to introduce such a ban on the basis of Directive 2002/53 / EC.”

While Polish officials wrote in the notice that “relevant notification” regarding tests on FINOLA were sent to the European Commission on Jan. 13, 2021, FINOLA’s listing in the EU catalog of plant varieties was accepted for renewal during a plant variety committee meeting in February. The variety remains fully certified under the EU plant management system.

Popular with many Polish farmers, FINOLA, which was developed in Finland, was the first industrial oilseed hemp variety to be registered in Canada and the EU. FINOLA produces abundant seed in a short, auto-flowering and early maturing crop. The variety, which grows best in continental and temperate regions, has thrived in Polish conditions, said Jawor, who has grown FINOLA for five years.

In addition to those growing hemp exclusively, FINOLA is popular among many Polish farmers as a rotation crop, Jawor said, because unlike many other hemp varieties, it requires no special machinery to harvest its seeds; producers like the seed for food products because of its high oil content. Jawor estimates that several hundred hectares of FINOLA were sown in Poland in 2020, and said many farmers have already purchased their seed for this year’s planting season. Cutting those farmers off from subsidies will put them in a bind, he added.

In addition to cash offsets, Polish farmers growing hemp have depended on subsidies as security for agricultural loans and deferred payments. “The loss of approximately PLN 1,000 (~€218) per hectare in payments will result in a significant reduction in the income and hurt Polish producers’ possibility of competing with imported goods while securing income higher or comparable to other crops,” the farmers wrote in the open letter.

Hemp farmers will no longer need to worry about European varieties, which are bred to 0.2% THC, going “hot” after an increase in THC limits to 0.3% takes effect in the EU. That change, which is expected in 2023, will also open up the playing field for more research into new varieties, European stakeholders have noted.