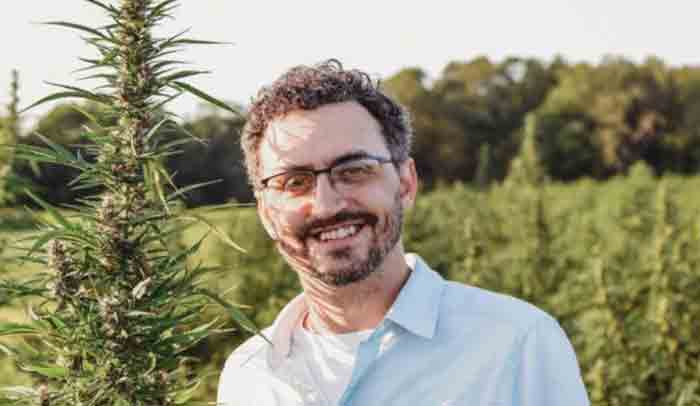 Hemp stakeholders in the U.S. state of New York hope a public comment process can help change proposed regulations that would ban smokable hemp flowers. Critics say the rules as written would hit small farmers who have already harvested their crops this year, and limit future development of the sector.

The ban is included in proposed rules that cover CBD as an ingredient in food, beverages and dietary supplements that intend to set a framework for the supply chain from processing to retail. State rules are needed in the continuing absence of federal guidelines for CBD processors and retailers, to standardize quality and transparency requirements in the hemp supply chain, the New York State Health Department said.

The state health agency is authorized to set the CBD regulations under New York’s Hemp Extract Bill that took effect in May 2020. Public comments on the proposed regulations open tomorrow, Tuesday, Nov. 10 and close Jan. 11, 2021.

While the New York Cannabis Grower and Processor Association (NYCGPA), which was an adviser to the rule making process, welcomed some proposed guidelines that address quality issues, Association President Allan Gandelman said that by disallowing the retail sale of hemp flowers, the rules “all but closed out small farmers, many of whom are literally in the field now harvesting their hemp crops,” and leaving frustrated “hundreds of growers throughout the state who have spent significant resources” developing hemp operations.

Critics have focused on a rule which bans cigarettes, cigars or pre-rolls made from hemp flowers, and defines “flower product” as “consisting of the flower, buds, leaves, or stems of the hemp plant, including trimmings thereof, intended for retail sale to consumers without further processing.” Also banned are CBD transdermal patches, inhalers, and suppositories.

Gandelman said NYCGPA is fully committed to addressing the draft regulations that are troublesome through the public comment process.

While New York hemp rules follow the federal limit of 0.3% THC content allowable for hemp, the proposed CBD regulations would let producers re-extract any material that rises above that limit during processing for extracts. Under most normal hemp extraction processes it is difficult to avoid a stage at which the extract goes beyond the 0.3% THC, but those levels can be reduced to the allowable limit by further processing of the material for end use. The U.S. Drug Enforcement Agency has been criticized for how it addresses this issue in its proposed hemp guidelines affecting CBD.

Proponents say that could spawn a subset of companies that specialize in handling such “hot” material to bring down the THC in finished products to acceptable levels.

Hemp that meets the maximum 0.3% THC requirement may also be traded among licensed producers in New York state, under the draft rules.

“Full-spectrum” extracts are defined as those that contain cannabinoids, aromatics, essential vitamins and minerals, fatty acids, protein, chlorophyll, flavonoids or terpenes; but not containing isolates or distillates. “Broad spectrum” extract products must contain multiple cannabinoids, but with THC removed; “Distillate” is defined as a concentrate in which a specifid cannabinoids from an initial extraction are concentrated through heating and cooling, with all impurities removed; and “isolates” are defined as concentrates that contains 95% of a single cannabinoid compound derived through chemical extraction.

Other rules proposed by New York health officials would:
• Assign health and agriculture departments to license all segments of the supply chain.
• Require cannabinoid processors in the state meet third-party good manufacturing practices within six months of receiving their licenses.
• Set seed-to-sale tracking requirements, potency and safety standards, and a program for conducting random testing at all stages of production.
• Set application fees between $500 and $1,000 for processors, tacking on additional fees ranging from $2,000 to $4,500 for vertically integrated licensees that both extract CBD and make products; and set a $300 license fee for each retailer location.
• Set a 25-milligram cannabinoid limit in food and beverage products, and a 3,000-milligram cannabinoid limit for dietary supplements.
• Establish labeling standards, including one that mandates listing the state or country where the CBD in any product was sourced.
• Set testing requirements for CBD products.

A survey earlier this year by NYCGPA showed that of the CBD processor license holders not currently in operation, 50% cited concern or confusion about regulations as the main reason for not yet entering the market. The NYCGPA says farmers and processors don’t feel comfortable investing in the sector in the absence of clear, constructive regulations.