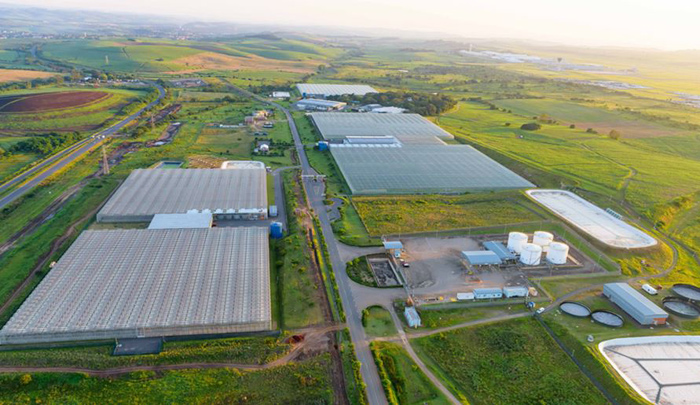 An exclusive initiative studying hemp for South Africa is transitioning into a medicinal marijuana enterprise as it moves forward with a plan to sell a 60% interest to Montreal, Canada-based LGC Capital.

South Africa’s House of Hemp is pursuing a deal with LGC and another South African company; the partners plan research, cultivation and commercial production of medical cannabis, LGC indicated in a recent update on the deal. LGC, which is traded on the Canadian TSX Venture Exchange, is entering a 50-50 partnership with SA farm transport firm AfriAg to do the deal with House of Hemp.

House of Hemp is owned by Dr. Thandeka Ruth Kunene, whose firm has been the only entity to conduct hemp trials in South Africa based on an exclusive license for growing and processing it received in 2010, and which expired last April. She came under sharp criticism from some South African hemp stakeholders last year over an industry feasibility study the stakeholders said was lacking.

“She’s inhibited progress and dealt in exclusivity and secrecy, without much to show for it,” one stakeholder told HempToday. “Where are the fields, jobs, industry? The only people who have benefited are the researchers, including her,” said another, adding: “Meanwhile it does look like our national hemp coordinator (Kunene) has jumped ship” from hemp to medical marijuana.

LGC, AfriAg and House of Hemp originally announced agreements July 18, 2017 to jointly develop a 424,000 sq. ft. indoor medical cannabis growing facility in the Dube TradePort AgriZone near Durban’s International Airport. The expansive agreements envision the partners setting up a “world class centre of excellence in KwaZulu-Natal (province) to conduct research, innovation and commercial training” up and down the medical cannabis value chain. The partners say the initiative has support from TIKZN, a local economic development agency, and from Dube TradePort, a special economic zone based in KwaZulu-Natal.

“Originally they pretended it was part of the hemp research but now with new legislation, they’re going full medical,” one SA cannabis stakeholder told HempToday. South Africa legalized cannabis use for medicinal purposes late last year, and this year is in the process of giving out its first industrial hemp permits.

The pending deal also has drawn criticism from some in South African cannabis circles who claim the venture will benefit only foreign investors and those with close connections to President Jacob Zuma.

Critics singled out J. Paul de Robillard, owner of AfriAg, LGC’s partner on the deal, who has been mentioned in connection with corruption claims around the Zuma government. De Robillard has been identified with a cigarette-smuggling scheme outlined in “The President’s Keepers,” a bombshell book about high-level corruption in South Africa by well-known investigative journalist Jacques Pauw that was released last October. De Robillard has not been charged with any crimes in South Africa. Pauw was almost immediately charged by the South African Security Agency over claims made in the book. A fund to assist Pauw with his legal battles has been set up by Media Monitoring Africa, an NGO that supports journalists.

“While thousands of South African citizens continue to be arrested daily for cannabis possession, a multi-million dollar deal has been struck with a Canadian company to legally produce cannabis in SA,” long-time activist and lobbyist William Wallace wrote on his blog, The High Co. “All while under the protection of government and state security muscle.”

LGC and AfriAg say their due diligence on House of Hemp is “progressing well and on track,” while they also work to secure the necessary permits from the South African government to start production.