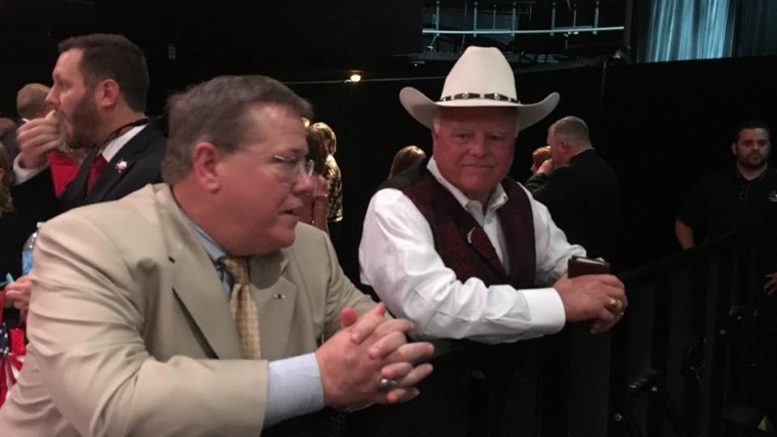 A Texas lobbyist has been charged with defrauding aspiring hemp producers in a license procurement scheme.

Todd Malcolm Smith, a political consultant to Texas Agriculture Commissioner Sid Miller, was arrested last Thursday on allegations that he took cash and campaign donations in exchange for access to state hemp licenses. He faces a charge of third-degree felony theft for his alleged role in the scheme.

Smith is the second person to be arrested on similar charges after his associate, Keenan Lopez Williams, was named in a warrant issued this past February. Smith is alleged to have taken in $55,000 in the scheme, while Williams collected $77,500, according to their individual arrest warrants.

Legal documents in the case suggest the pair made efforts to collect as much as $150,000 for early access to “guaranteed” Texas hemp licenses, fees for which were eventually set at $300.

According to an affidavit in the arrest warrant against Smith, witnesses from two different businesses recounted that they paid some of the money to the consultants during the time hemp rules for Texas were being developed in 2019-2020. The witnesses said they were led to believe part of their funds would also go toward a survey as part of the licensing process. That survey never was never produced, according to the charges against Smith.

Smith, a lobbyist and conservative activist, is alleged to have solicited cash from at least five people in exchange for early access to hemp licenses. The affidavit claims he told investors they could get one of just a few licenses to grow hemp available from the state by paying him $25,000 directly as part of the process.

Two individuals, Andre Vinson and William Cavalier, said they gave money to Smith and Williams, according to the charging documents. Vinson said Williams gave him the impression that he had to spend a total of $150,000 to consultants and in campaign contributions to receive a hemp license. Williams is a past Texas regional campaign director for Donald Trump.

Vinson paid Williams a total of $77,500 in two checks in 2019, according Williams’ February arrest warrant.

One witness said he was told he could pay “cash, with some of the money going toward campaign contributions, in order to receive a ‘guaranteed’ hemp license,” according to the Smith arrest warrant.

There is no limit to the number of licenses available under the Texas Industrial Hemp Program. The one-year licenses start at $300, plus other fees.

Complainants said the survey was never conducted, and they were unsuccessful when they sought refunds from Smith and Williams. “Todd Smith created by words and his conduct, a false impression of fact that affected the judgment of others in the transactions to obtain a hemp license and/or conduct a survey that was never attempted,” according to the arrest warrant against Smith.

Smith, owner at Impact Texas Communications LLP, is the sixth highest-paid lobbyist in Texas, where he is estimated to have earned $5.1 million in the past two years by Transparency USA. In addition to working for Commissioner Miller, Smith has lobbied for such organizations as Texans for Traditional Marriage and the Texas Conservative Tea Party Coalition, records show. He was the Recipient of Outstanding Service awards from the Texas Crime Stoppers Advisory Council in 1990, and Lavaca County Crime Stoppers in 1988.