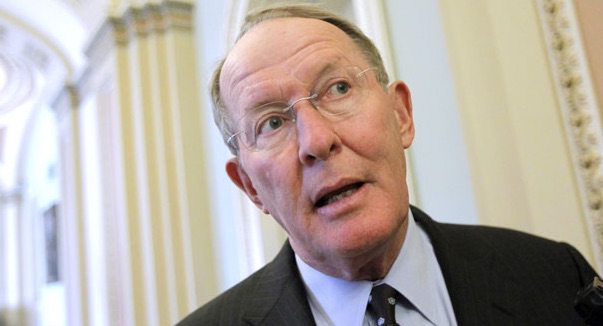 U.S. Sen. Lamar Alexander, R-TN, pushed the DEA to get hemp seeds for his state's farmers.

Tennessee’s nascent hemp industry marks a major milestone today with the arrival of a first shipment of seeds for the state’s trial hemp-growing effort. The milestone was reached through a joint effort of the Tennessee Industrial Hemp Association (TNHIA), state agriculture officials and individual hemp enthusiasts.

Seven tons, enough to seed 560 acres, is in today’s shipment, sourced from Parkland Industrial Hemp Growers (PIHG) of Dauphin, Manitoba, a producer co-op that grows and processes industrial hemp for grain and fiber. THF’s 15 co-op farmers are picking up their seed at the Tennessee Department of Agriculture today.

Additional seed destined for Tennessee, in four other varieties, are scheduled for delivery from Hemp Oil Canada of Ste. Agathe, Manitoba (finola); and Hemp Genetics International of Langley, British Colombia (CFX-1, CFX-2, and CRS-1). A total of 12.5 tons of seed, enough to plant about 1,000 acres, is expected in those shipments.

Forty-eight licensed groups and growers are taking part in Tennessee’s pilot hemp program, in which about 1,600 acres will be planted.