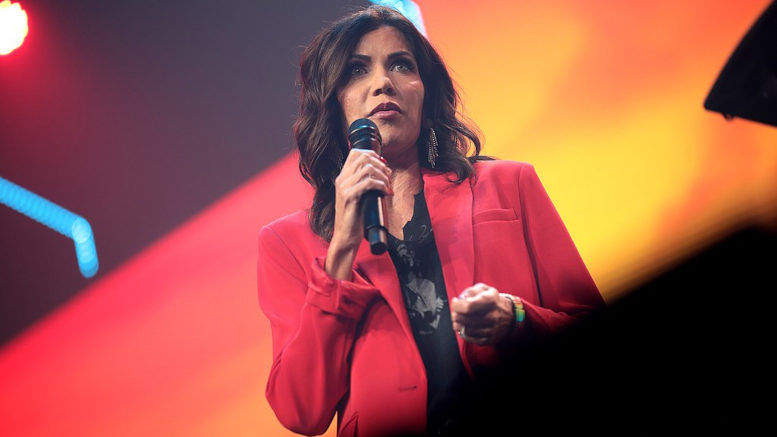 The South Dakota Supreme Court has sided with the state’s anti-pot governer, overturning a broad state cannabis initiative passed by voters last year, saying the amendment violates the state constitution. The court ruled 4-1 last week that the initiative, Amendment A, approved by ballot in November 2020, violates a narrow “single-subject” rule that applies to constitutional amendments.

Republican Gov. Kristi Noem, who has said the amendment was “the wrong choice for South Dakota’s communities,” launched a legal challenge immediately after the state’s voters passed it by referendum last year.

No effect on hemp

The court’s ruling, while a setback for adult-use marijuana, does not affect Measure 26, which separately authorizes medical marijuana and passed with the support of 70 percent of voters independently last November. It also has no effect on South Dakota’s hemp program, which was established and received U.S. Department of Agriculture (USDA) clearance last year.

The court agreed that most of Amendment A, including parts that address licensing, regulation and taxation of cannabis production and distribution, are confined exclusively to the legalization of recreational marijuana. But the judges ruled that provisions instructing the legislature to authorize medical marijuana and cultivation of industrial hemp addressed separate additional subjects, thereby violating the state constitution.

In its ruling, the court also suggested that when voters cast ballots on the three-part Amendment last year some may have inadvertently voted in favor of recreational marijuana.

“It’s a legal stretch and one that relies on the disrespectful assumption that South Dakota voters were intellectually incapable of understanding the initiative,” Matthew Schweich, campaign director at South Dakotans for Better Marijuana Laws, told Marijuana Moment.

Critics said the court has “rejected common sense” in seizing on the single-subject provision in the constitution while overturning a law approved by the state’s electorate.

In rendering its decision, the court said the “single-subject” rule was established to prevent provisions on wholly different subjects from being slipped into proposed amendments. The rule is intended to “prevent the ‘pernicious practice’ of combining unrelated provisions in one amendment to ensure passage of a provision that might otherwise fail had the provisions been submitted separately,” according to the court.

Supporters of Amendment A have said it complies with the single-subject rule because all of its provisions deal with the same plant species.

The justices disagreed, noting that Amendment A itself sets a distinction between hemp and marijuana, and said treating “the regulation of products with a shared biological origin as having the same object or purpose would extend Amendment A into abstraction and obviate the purpose” of the single-subject rule.

Unless the state legislature independently implements Amendment A, the Supreme Court ruling means supporters will have to redraft the initiative to address the court’s legal objections and resubmit it next year.

Noem has a history of flip-flopping on cannabis legalization. She vetoed a bill to legalize industrial hemp production in the state in 2019, saying it would create challenges law enforcement could not meet, and suggesting it would be a first step to eventually legalizing recreational marijuana. She eventually dropped her opposition and signed a hemp bill.

She has since that time done a similar about-face on medical marijuana, endorsing a proposed bill earlier this year that would decriminalize possession of small amounts of marijuana by legal patients. That was after her failed attempts to use the South Dakota legislature to block the medical marijuana law approved last year from taking effect on July 1.