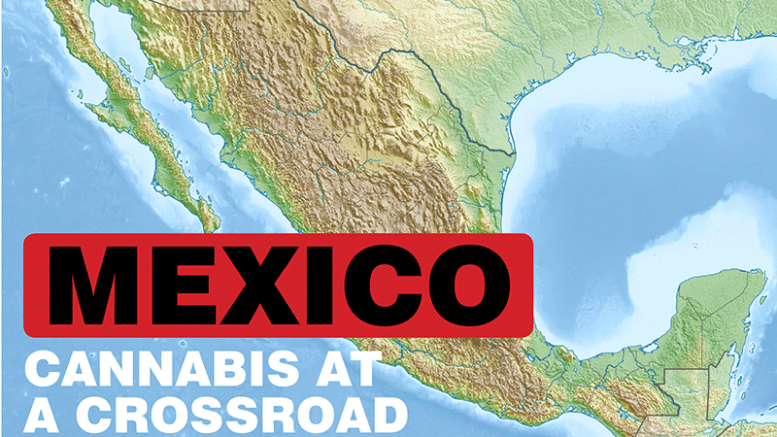 An amended version of Mexico’s Federal Law of Cannabis Regulation, which would establish a commercial market for industrial hemp and recreational marijuana, got tentative approval from key Mexican Senate commissions on Friday.

Members of the Commissions on Justice, Health, and Legislative Studies voiced approval of the amended bill, which was circulated earlier this month. More meetings are scheduled this week before an eventual final vote by the commissions. Once the commissions sign off on the bill, it would still need approval of both houses of the Mexican Congress, and the signature of President Andrés Manuel López Obrador.

Months after approving an original version of the Federal Law of Cannabis Regulation in March 2020, the committees last week scuttled that measure for the amended draft law, which is mandated by Mexico’s Supreme Court to be enacted by Dec. 15, 2020.

Industrial hemp in the new draft law is to have a separate legal framework. The law does not consider cannabis-infused food and beverages, including those with CBD. Rules under the law would be set by a new body, the Mexican Institute for Cannabis Control, which is to be created.

The draft law sets the line between hemp and marijuana at 1.0% THC, and would allow adults 18 and older to purchase and possess up to 28 grams of marijuana, and cultivate up to four plants for personal use. No jail penalty is assigned for possession of up to 200 grams of marijuana. Before the changes, the law would have required individuals to obtain a government permit to cultivate marijuana for personal use.

General provisions in the bill establish licensing for cultivation, research, commercialization and sales, import and export of marijuana and hemp raw materials and products. The law would also establish social justice programs for small growers and communities affected by cannabis prohibition.

The original March 2020 Federal Law of Cannabis Regulation came after Mexico’s Supreme Court ruled in 2018 that prohibition of cannabis possession and growing was unconstitutional, and ordered legislation to legalize such activities by October 2019, a deadline that was missed. The Supreme Court reset the deadline to April 2020, but again delayed it until Dec. 15 due to the COVID-19 pandemic.

Meanwhile, a medical cannabis law enacted in 2017, which also affects both hemp and marijuana, is still waiting on regulations. Provisions in the 2017 medical cannabis law, which reformed health and criminal laws, ordered the Mexican Health Department to write regulations by the end of 2017. But those rules have yet to be completed four years later.

Mexico’s Federal Regulatory and Compliance Commission (CONAMER) recently rejected rules proposed by the Federal Commission of Sanitary Risks (COFEPRIS), a department of the Health Ministry that deals with medicines and medical devices.

The 2017 medical cannabis law, which authorizes the commercialization of cannabis for medicinal and research applications, treats marijuana and hemp specifically in a pharmacological and medical context, focusing on cannabinoid extracts and specifically defining CBD and THC. Pharmaceuticals derived from both plants require prescriptions from licensed medical professionals, with products available only in pharmacies.